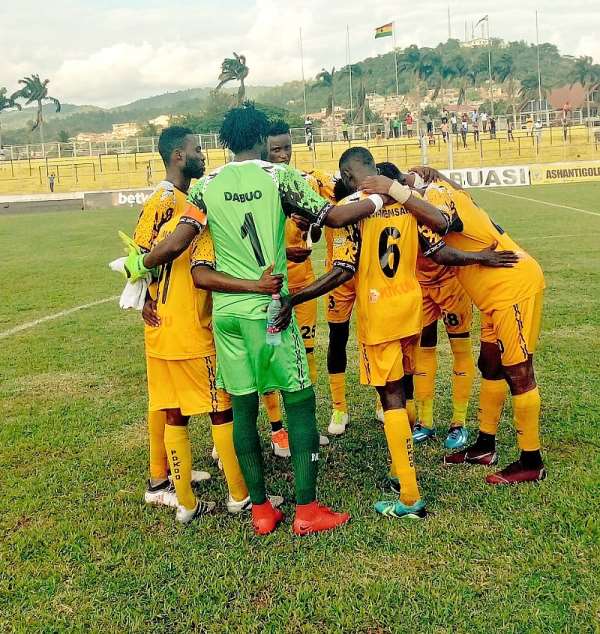 Obuasi Ashanti Gold has posted a 2-1 victory over a resilient New Edubiase United side to ensure they advanced into the quarter-finals of the Tier 2 of the Normalization Committee (NC) Special competition.

The two clubs locked horns at the Len Clay Sports Stadium on Sunday, June 2, 2019, to fight for a spot in the last 8 after making it past the round of 32 last Wednesday.

The Miners who are on a 5 match unbeaten run in both the Tier 1 and Tier 2 competitions combined proved the better side at the end of the 90 minutes as they came away with the needed result to boot out their opponents.

Shafiu Mumuni scored in the early minutes of the first half to give the home side the lead but the away side restored level through Abdul Rahman on the 23rd minute which forced the sides to go into the break on level terms.

Ashgold, however, did not back down and returned from the break revitalized and determined to find that winning goal to book their quarter-final berth. Five minutes into the second half, Emmanuel Owusu took advantage of a rebound from Mark Agyekum's shot to give the Miners the lead.

A dingdong affair from there on could not produce any other goal for either side with the game ending 2-1 in favour of Ashanti Gold.