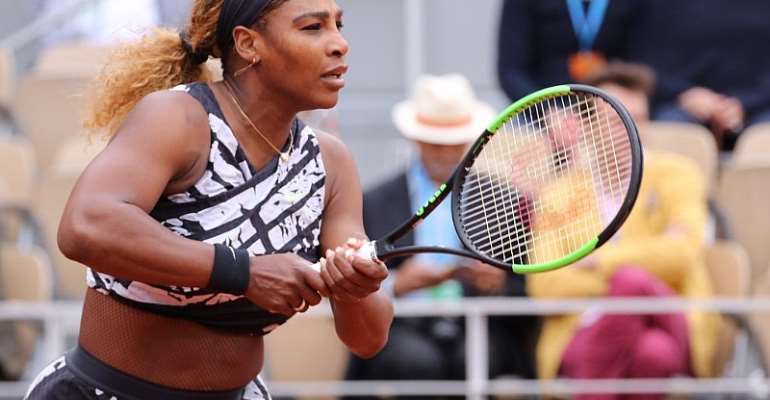 Serena Williams crashed out of the French Open on Saturday following a straight sets defeat against her American compatriot Sofia Kenin. The 20-year-old dismissed the former world number one 6-2, 7-5 to inflict the earliest Grand Slam exit on Williams since Wimbledon in 2014.

"She played really well, especially in the first set where she hit pretty much within an inch of the line all the time," said Williams, who was seeking a fourth French Open title and a 24th major.

The 37-year-old has been nursing a knee injury for most of the year but admitted she had expected to progress further in Paris.

"If someone had said I would only get to the third round, I'd have said they were a liar. I haven't been on the court as much as I would have wanted to. It's been a gruelling season."

Kenin, the world number 35, will face eighth seed Ashleigh Barty after the Australian disposed of the unseeded German Andrea Petkovic.

"There's a lot of emotions,” said Kenin. “Serena is such a great champion. You have to fight for every point against her.”

Osaka, the reigning US and Australian Open champion, said losing to 42nd-ranked Katerina Siniakova may have been a blessing in disguise. "I felt very tired. I had headaches, maybe that's the stress," she said. "I felt there was a weight on me. This hasn't been the happiest of times."

Elsewhere in the women's draw, 17-year-old Amanda Anisimova of the United States reached her second successive fourth round at a Grand Slam with a 7-6, 6-4 win over Romania's Irina Camelia Begu.

She will face the Spanish qualifier Aliona Bolsova, ranked at 137, who saw off Russia's Ekaterina Alexandrova 6-2, 7-5.

Defending champion and third seed Simona Halep stormed into the last 16 with a 6-2, 6-1 annihilation of Lesia Tsurenko. The 27th seed from Ukraine was back in the changing rooms after 55 minutes.

Halep next faces Poland's Iga Swiatek who celebrated her 18th birthday by recovering from a dreadful first set to see off Monica Puig 0-6, 6-3, 6-3.