Roland Garros: 5 things we learned on Day 7 - Christmas comes early as Osaka and Williams check out 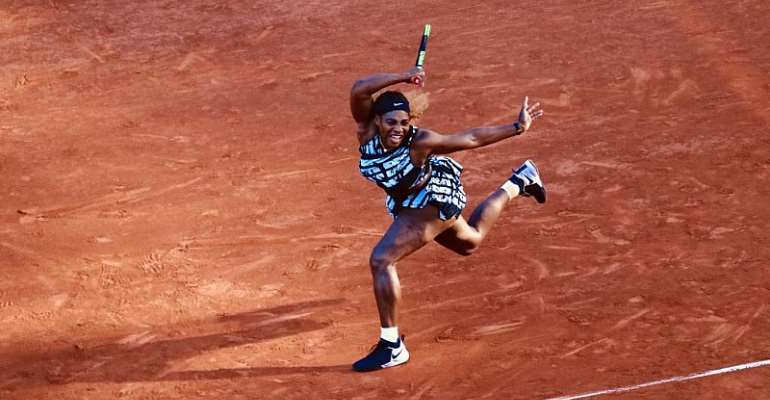 While she was growing up, world number one Naomi Osaka modelled herself on Serena Williams. There was thus a poignant symmetry as they both lost in the third round to unheralded opponents.

Naomi Osaka got through her first two matches with no little amount of good fortune and guts. But the top seed's luck ran out against Katerina Siniakova who mashed up the world number one 6-4, 6-2 on Court Suzanne Lenglen. It was the 23-year-old Czech's first win over a top ranked player. But she said she sensed this was her time. “I felt the chance because her first and second rounds were tough, so I could see that she's not so confident,” lapped Sharkiova. “I just tried to focus on my game and stay ready for a big fight. But, yeah, I felt a chance.”

On Day 6, out went second seed Karolina Pliskova. And on Day 7, the top seed Naomi Osaka followed her. The 21-year-old from Japan had been seeking a third consecutive Grand Slam tournament triumph. But it's not to be. She conceded that she hadn't been at her best at Roland Garros 2019. “I have had a feeling that it was different to the other Grand Slams that I have played, because usually I find it very freeing and fun," she addmitted after her straight sets defeat to Katerina Siniakova. "This time around I was kind of tense the entire time.” Naomi, chill out and clean up.

In Britain long ago, there used to be an advertising campaign which began in December which urged people not to give pets as presents. “'A dog is for life, not just for Christmas,” it cautioned. It was all part of the yuletide furniture. Rather like pantomimes. We at the review were happy to see Christmas come early. It was during the match between 10th seed Serena Williams and Sofia Kenin. The 20-year-old American had just lost her serve to allow Williams back to 3-3 in the second set. Williams, who was serving to lead 4-3, won the first point. Kenin thought the ball had landed out and got the umpire down to check the mark. Umpire said it was in. Kenin complained a bit more, the crowd started whistling and the umpire remained firm. A few more boos and 15-0. Williams served an ace – her seventh of the match - and gave her opponent a closed-eye gunslinger's glare as if to say: “Do you want to question that?” The 37-year-old threw Kenin the same look when she slapped down another ace for a 40-0 lead. A deft drop shot from Kenin made it 40-15. Williams fired another ace to take the game. No prizes for Williams' response.

I shot the sheriff but I certainly ain't no deputy

Firstly, apologies to Robert Nesta Marley. Ultimately it was farewell Serena. The young gun called Sofia Kenin has done for you. Kenin, 20, beat the former world number one 6-2, 7-5 to reach the last 16. She might have questioned the line call but she gushed about Serena's wonderfulness in the on-court post match chat with Fabrice Santoro. “Serena is a true champion,” Kenin said. “You've got to fight for every point against her. I'm happy for the win.” Polite applause from the centre court. Definitely not a darling yet.

Yes, let's get a-coining. A mélange of "showman" and "antics". Gael Monfils, the entertainer extraordinaire, was somewhat expeditive by his pyrotechnical standards. Not even at the races. He won his third round match 6-3, 6-2, 6-3 in two hours against fellow Frenchman Antoine Hoang. But Novak Djokovic steals a march on Monfils on Day 7. Djokovic has learned French to add élan to his world domination schtick. After his third round demolition of the unseeded Italian Salvatore Caruso, Djokovic said he felt he found his best form in the second set of the match at the best tournament in the world. The centre court adored that. Gave the Serb a big cheer. Sofia, you know where to go for advice.