Djokovic eases into fourth round at French Open 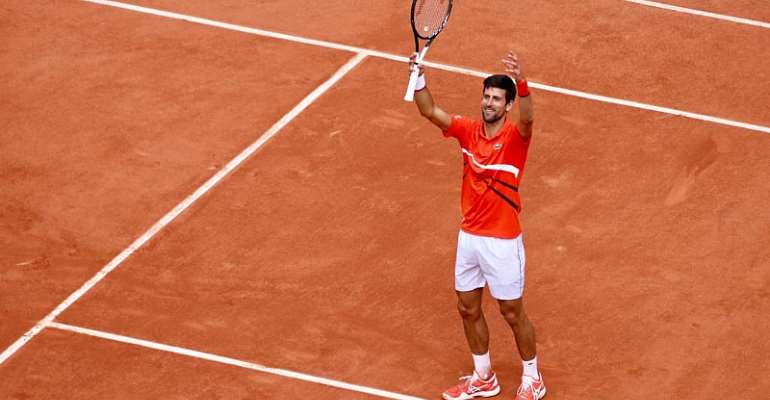 Top seed Novak Djokovic cruised into the last 16 of the French Open on Saturday with a straight sets victory over the unseeded Italian Salvatore Caruso. .

The 32-year-old from Serbia, who is attempting to win his fourth consecutive Grand Slam tournament, will face Jan-Lennard Struff on Tuesday for a place in the quarter-final

"Finally, I think I found my best form in the second set," said Djokovic after the 6-3, 6-3, 6-2 win. "It's good. I'm very motivated here at Roland Garros, the most beautiful tournament in the world."

Elsewhere in the men's draw, fifth seed Alex Zverev needed five sets to get past Dusan Lajovic from Serbia.

Zverev led by two sets before Lajovic staged a comeback. But the finalist at the Monte Carlo Masters could not sustain the challenge and the 22-year-old German steamed through the decider 6-2.

“He's been somebody who has been playing very well. He has been one of the best clay court players that we've had this season," said Zverev. "I think he picked up his level in the third and fourth set so it's great to come through.”