'I Will Not Run Away' - Boateng Hits Back At Critics 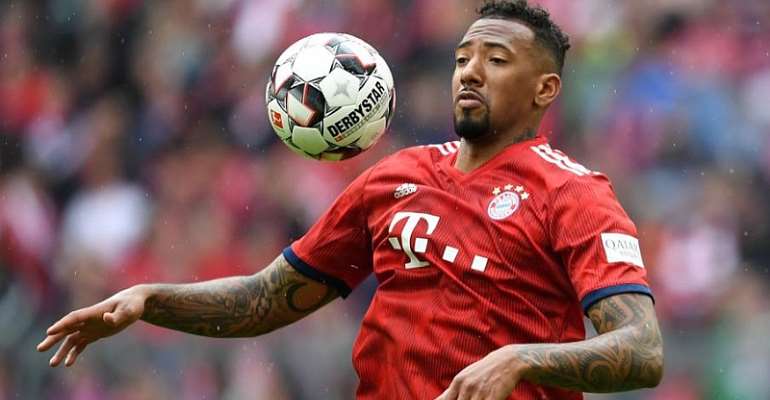 Jerome Boateng has hit back at his critics and insisted that he will "not run away" from Bayern Munich amid speculation that he will leave the German champions ahead of next season.

"I won't run away, situations can change quickly," he said in an interview with Friday's edition of Kicker magazine.

Boateng, 30, lost his place in the starting eleven under Niko Kovac this season and has faced questions over his attitude and commitment.

The experienced centre-back, who was also dropped from the national team earlier this year, did not celebrate with his teammates as Bayern completed a league and cup double last weekend, prompting club president Uli Hoeness to say he should "find another club".

Yet Boateng told Kicker that he could remain in Munich.

"I can imagine staying at Bayern," he said.
"I am still fired up, and I am going to attack the new season."

He admitted that he had not played well for Bayern in the autumn, but said he did not understand why coach Niko Kovac had decided to drop him.

Boateng faced criticism earlier this month for hosting a party on the evening of Bayern's crucial title race clash with Borussia Dortmund, but he denied accusations that football had become a secondary concern.

The defender was on the verge of leaving Bayern last year, but a move to Paris Saint-Germain fell through at the last minute.

"I was already gone in my head. When you have a concrete offer, but then suddenly you are not allowed to go, then something inside you breaks," he told Kicker.