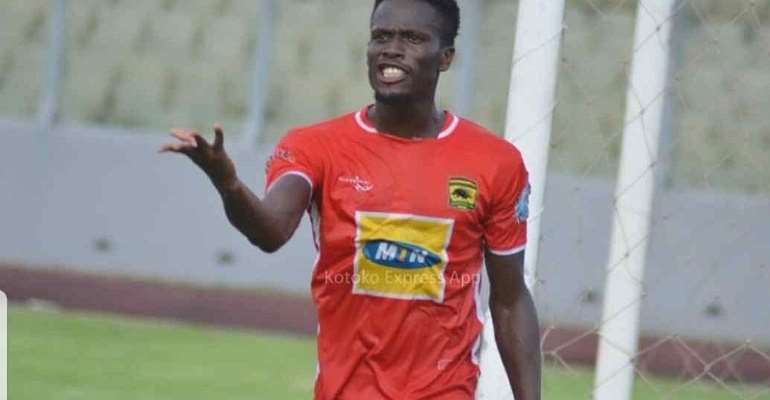 Asante Kotoko forward, Abdul Fatawu Safiu has reiterated that his invitation into Kwasi Appiah’s 29-man provisional list of players to be selected for the upcoming Africa Cup of Nations did not come as a surprise to him because he worked very hard for it.

Fatawu has been named in the Black Stars’ 29-man provisional list for the 2019 AFCON in Egypt.

”I was very happy when I heard my name was on the list, it was very emotional for me.” He exclusively told SportsworldGhana.com in an interview after Otumfuo’s Cup win against Asec Mimosa on Sunday.

The former Portland Timbers forward joined Asante Kotoko from Techiman Eleven Wonders last year and has been one of the standout strikers in the Ghanaian domestic football, scoring 8 goals in the ongoing GFA Normalisation Committee Special Competition.

”I worked so hard for it and I think I deserve it the callup, the coach saw my performance and invited me to be part of the squad.

”I couldn’t have achieved this alone, I really thank my teammates because they pushed me to work very hard for this call-up.”

Commenting further on his debut Black Stars call-up, Fatawu stressed he won’t be swollen-headed but will rather hard to make the final cut the tournament in Egypt after the team’s pre-AFCON camping in Abu Dhabi.

Sensitize School Children On Wearing Face Masks Before And A...
1 hour ago