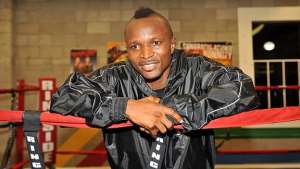 39 years old Agbeko (36-5-0,26KOs), a former IBF and IBO World Champion and is currently the WBO Africa Bantamweight Champion and wants to return to the biggest stage again.

With Agbeko’s current position on the WBO World Rankings, we can only hope that his team will work hard for him to fight the championship title soon.

The question many Ghanaian boxing fans are asking is; WILL JOSEPH AGBEKO BE A WORLD CHAMPION AGAIN?

What do you think? Join the BoxingGhana Team every Saturday on HSTV for the best boxing news, interviews, discussions and analysis.