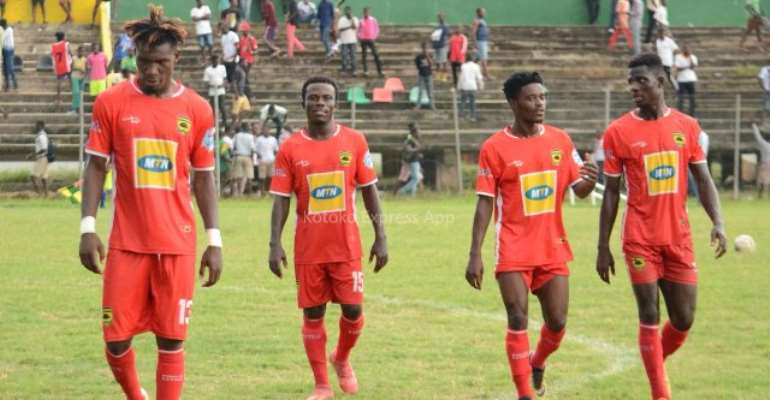 Asante Kotoko have booked their place in the semi-finals of the Normalisation Committee Special Cup after a 1-1 draw with Aduana Stars at the Nana Agyemang Badu II park on Thursday afternoon.

Midfielder Emmanuel Gyamfi broke the deadlock for the Porcupine Warriors when he headed home from close range in the 38th minute but the lead lasted for five minutes as Abdul Fatawu Rahman equalised for the host.

The result puts Kotoko on 22 points, same with Medeama SC who beat Berekum Chelsea 2-0 in Tarkwa.

However, with a better head to head against Medeama, Kotoko secure their place in the last four of the competition.

AshantiGold will join Kotoko in the semi-finals if they win their match against Techiman Eleven Wonders.

The match was called off in the 40th minute due to heavy rains and has been rescheduled for Friday, May 24 at the same venue.