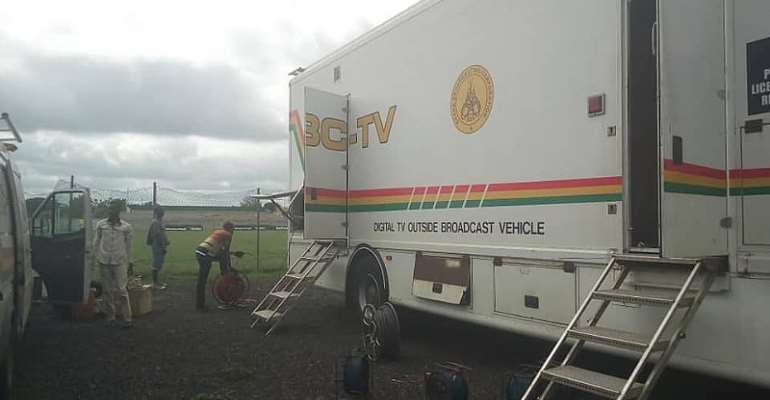 Some fans of Aduana Stars on Thursday morning denied Crew members of GTV the liberty of entering the Nana Agyemang Badu II park in a bid to stop them from telecasting their match week 14 fixture of the Normalization Committee (NC) Special Competition.

The Fire Boys and the Porcupine Warriors lock horns later this afternoon in a crunch encounter that could have a bearing on the final standings of the NC Special Competition Division A standings at the end of the Group stage.

Organizers have selected the tie to be televised for everyone to have an opportunity to watch in an attempt to do away with any match-fixing.

Having arrived at the venue, however, the broadcast right holders have been denied entry into the stadium. According to the irate fans, their officials have not received any communique from organizers indicating that the tie will be telecasted.

A similar incident happened back in 2017 when fans of the Dormaa-based side denied StarTimes from televising their match against Asante Kotoko in the then Ghana Premier League.

It is understood that officials of Aduana are currently in contact with organizers of the special competition to settle the issue in order for the GTV crew to be allowed into the stadium.