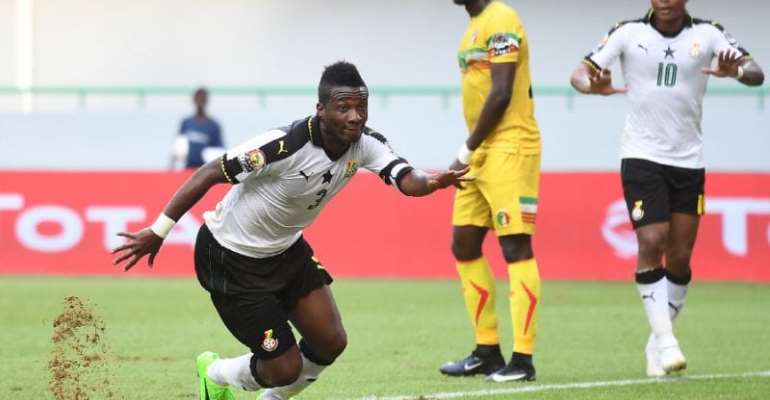 Ace Ghanaian footballer, Asamoah Gyan announced his retirement from the national team through a press release on Monday, May 20, 2019, explaining that he feels betrayed by head coach James Kwesi Appiah.

According to the statement, the player does not agree with the coach’s decision to choose a substantive captain when he is fit and around. Hence his decision to retire as far as playing for the national team is concerned

Gyan’s personal aide, Papa Maestro, also speaking on Accra-based Adom FM revealed that one of the major reasons why Coach Kwesi Appiah decided to choose a substantive captain is because all-time Ghana’s goal scorer is not spiritually fortified for this year’s tournament.

Ever since Asamoah Gyan broke the news of his retirement, many football enthusiasts have shared their respective views.

The recent person to share his view on Gyan’s astonishing retirement happens to be a Nsawam-based powerful fetish priest, Nana Kontembratem.

In a viral video, Nana Kontembratem reveals astonishingly that, Ghana can never win the 2019 African Cup Of Nations without Asamoah Gyan:

“I want to tell Ghanaians that, ever since Ghana won the cup in 1982, many players since then have captained the team but to no avail…they keep saying Asamoah Gyan has no luck… Asamoah Gyan is the luckiest player who can captain the team for Ghana to win the 2019 African Cup”.Kontembratem revealed.

“But the thing is, there is another player that they need to pair with Gyan before Ghana can win …I wouldn’t want to mention that person’s name publicly …I want the football administrators to come to my shrine then my gods would secretly reveal the name of the player to them”, Nana Kontembratem added.

Nana Kontembratem cautioned the football authorities by indicating that failure to heed to his revelation will ruin Ghana’s hopes of clinching the long-awaited Cup.

Sensitize School Children On Wearing Face Masks Before And A...
52 minutes ago