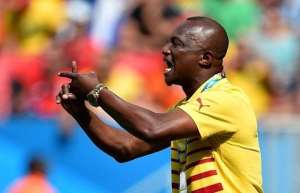 According to him, the former Al Khartoum manager has built his capacity with the modern trends that set him apart.

”People don’t know something about Kwasi Appiah. He is the only one who has built his capacity to some level; not some of us who are parading about,” the controversial coach stated on Agoo TV.

“Whether they like it or not, I’m saying that he is head and shoulders above all of us; I won’t mince words.

“In terms of capacity building, Kwasi [Appiah] is above everybody including me. He has undertaken a lot of attachment courses,” he added.

Kwasi Appiah is set to lead Ghana to the 2019 Africa Cup of Nations finals in Egypt next month.

He is expected to announce his provisional squad for pre-tournament camping in Dubai on Tuesday.