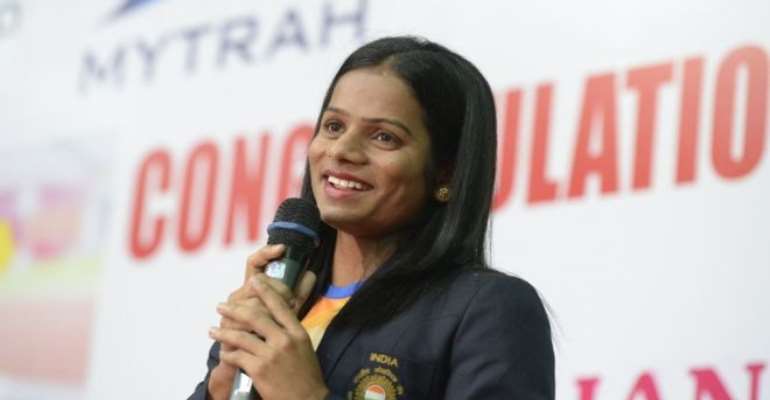 Indian sprinter Dutee Chand has revealed she is in a same-sex relationship, the first sportsperson in India to openly acknowledge being gay.

The 23-year-old athlete says she has been seeing her partner, who comes from her village, for five years.

Chand says the Indian Supreme Court’s historic decision to decriminalise gay sex in 2018 encouraged her to speak publicly about her sexuality.

But some members of her family have not accepted her relationship, she says.

“I am having a relationship with a 19-year-old woman from my village [Chaka Gopalpur] for the past five years”, she told reporters from Hyderabad where she is training.

“I have found someone who is my soulmate. I have always believed that everyone should have the freedom to love. There is no greater emotion than love and it should not be denied.”

Despite attitudes slowly changing in India, Chand told PTI news agency that some members of her family do not accept her decision, and her sister has threatened to expel her from the family.

“My eldest sister feels that my partner is interested in my property. She has told me that she will send me to jail for having this relationship,” she added.

Chand was the first Indian sprinter to reach a final at a global athletics event, the World Youth Championships in 2013.

In 2014, she was banned from competing by the Athletics Federation of India after failing a hormone test which found she had unusually high testosterone levels, a condition known as “hyperandrogenism.”

Her legal team successfully argued the ruling was discriminatory and flawed at a hearing in March 2015.

The following year she qualified for the 2016 Rio Olympics and in 2018 she won two silver medals at the Asian Games.

Sensitize School Children On Wearing Face Masks Before And A...
41 minutes ago