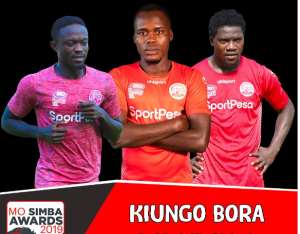 Ghanaian midfielder James Kotei has been shortlisted for the Simba FC player of the season award.

The indefatigable enforcer is among the three players who were nominated for the award on Friday for the prestigious award.

Kotei has been in imperious form for Simba FC in the ongoing league and the CAF Champions League League where he performed creditably well in every game they played as they reached the quarterfinals.

Fans are to log on to http://mosimbawards.co.tz and vote after which the player of the season will be announced at the club’s awards night.