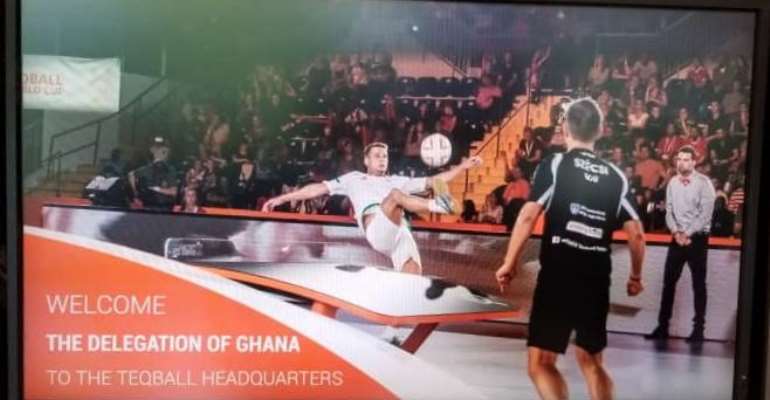 The International Teqball Federation in Hungary has expressed interest in starting competitive teqball games in Ghana.

This came to light when the Ghanaian delegation led by Deputy Minister for Youth and Sports, Hon. Curtis Perry Okudzeto visited the Teqball International Federation headquarters and interacted with officials on the possibility of introducing competitive Teqball to Ghana.

The Ghanaian delegation is in Hungary as part of an International engagement earmarked by the Ministry of Youth and Sports to attract partnership, sponsorship and to sell Ghana’s sporting ecosystem as the nation readies to host the African Games in 2023.

Teqball is a sport played between two players as a singles game or between four players as a doubles game, it is played on a curved table and with a ball similar to a football, it is played with different parts of the body except the hands.

The maiden Teqball World Cup was held in Budapest, Hungary in 2017 with more than 20 participating nations.

Other members of the delegation include, Chief Director of the Ministry of Youth and Sports, Mr. Frank Quist and Sports Consultant, Mr. Magnus RexDanquah.