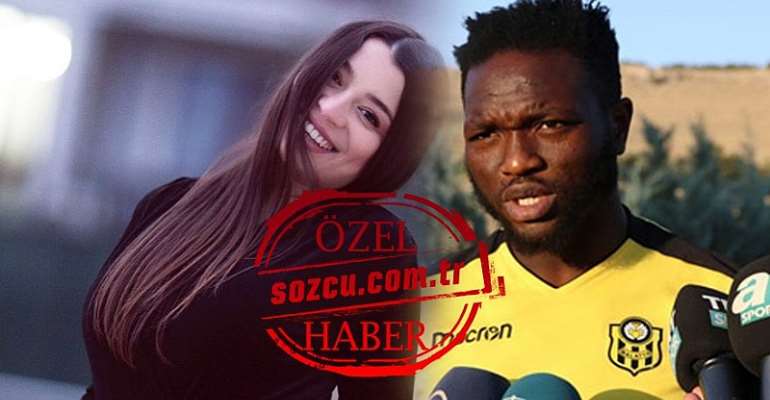 Sulley Muniru has been accused of impregnating a night club worker in the of Tanja Kiran in Turkey.

The Ghanaian midfielder who left Turkish Super Lig side Yeni Malatyaspor to Belarusian Club Dinamo Minsk is said to have had a relationship with Kiran who worked at a Night Club in Ortaköy.

However, reports suggest that their relationship have seen the lady (Tanja Kiran) taking in a seed.

The 26-year-old is, however, being accused to have refused to take up the responsibility of the pregnancy.

The midfielder, younger brother of Sulley Ali Muntari moved to Turkey to join Yeni Malatyaspor after terminating his contract with Portuguese Club Tondela.

His time at Yeni Malatyaspor saw him make a handful of appearances for the Club ultimately forcing the Turkish side to cancel the deal.