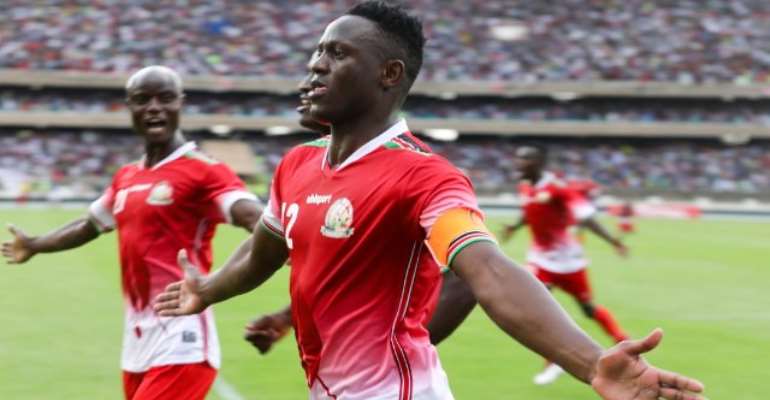 Kenya named its preliminary squad on Tuesday for next month's Africa Cup of Nations, after qualifying for the continent's main international tournamnet for the first time in 15 years.

The 30-man squad announced by coach Sebastian Migne includes Christopher Mbamba and John Avire making their debut for the Harambee Stars in Egypt.

Sweden-based striker Mbamba, 26, made the switch to Kenya after being granted his citizenship earlier this year. He was born in Zimbabwe to a Namibian father and Kenyan mother.

Victor Wanyama, who captains the national side, is expected to join the squad after featuring for Tottenham against Liverpool in the European Champions League final on June 1.

Kenya will hold a nearly three-week training camp in France, including warm-up matches against Madagascar and Gambia, before flying to Egypt ahead of the Cup.

The Stars lost just one of their four qualifying matches under Migne, who said Kenya would "not travel to Egypt as tourists".

"We are going to look to try and rewrite the history of Kenyan football," he told reporters.

Kenya has never won the biennual competition, which for the first time will include 24 teams, up from 16.

Kenya was drawn in Group C against Algeria, Senegal and East African neighbor Tanzania, who return to the Cup for the first time in nearly four decades.

Cameroon were the original 2019 hosts for the tournament, but delays in preparations and security concerns forced a switch to Egypt, who will stage the tournament a fifth time.

The tournament starts on June 21 and ends on July 19.