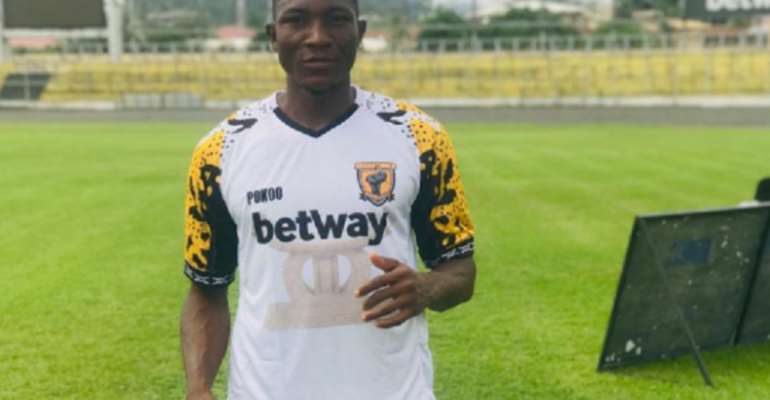 The 18-year-old former Venomous Vipers striker scored a 44th-minute goal to clinch all three points for the hosts in the epic clash having lost 2-0 in the first leg played at the Baba Yara Stadium.

He says the Miners had to work for their 1-0 win over regional rivals Asante Kotoko in the GFA Normalisation Committee Special Competition on Saturday at the Len Clay Stadium.

Speaking in an interview with ncspecialcompetition.com, the striker said he feels excited about the win to redeem the image of his side having lost the first encounter, adding that he had promised to score against Kotoko to serve as a mother’s day gift to his mother.

‘’Playing against Kotoko wasn’t an easy task for me as a young player because I haven’t played a big game before’’.

‘’I told my Mum I will score against Kotoko and dedicate the goal to her as a mother’s day gift and I think the promised pushed me harder to score the match winner for my club.

‘I’ am very happy for the goal and thank everyone who supported me to fulfil my promise’’-added Agyekum who has picked PSG star Edinson Cavani as his mentor.