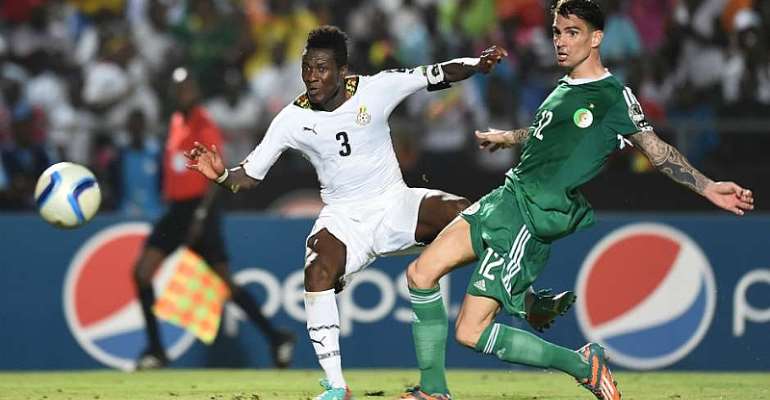 Asamoah Gyan has reiterated that his injury-time winner against Algeria in 2015 is his favourite Africa Cup of Nations moment.

With the Black Stars facing early elimination in Equatorial Guinea due to an opening game defeat against Senegal, the Kayerispor forward who was making a return from a mild bout of malaria scored a stunning goal to rescue the Black Stars.

Gyan beautifully controlled a long pass from Wakaso Mubarak in his stride and, with the Algeria defender Carl Medjani closing him down, produced a bobbling shot that beat the goalkeeper, Rais Mbolhi, from a tight angle.

“That day, it was quite impossible. In life, that’s what we always say, everything is possible. Honestly, I was the happiest man and my celebration even surprised me because I was weak,” he told Joy Sports.

“I said to myself did this just happened? It was amazing because everything sounded like Ghana was out of the competition.”

The 1-0 win set the tone for Black Stars to top the group and go all the way to final which they lost on penalties to Ivory Coast.

The 33-year-old has represented Ghana in six successive Afcon tournaments since 2008, scoring in all six competitions – the only player to do so.

He has managed to reach the final twice in 2010 and 2015 but will be hoping to finally get his hands on the trophy this year.

Ghana has been drawn in Group F alongside champions Cameroon, Guinea Bissau and Benin in the 2019 Africa Cup of Nations in Egypt.

The tournament has been scheduled to kick off on June 21 to July 19.