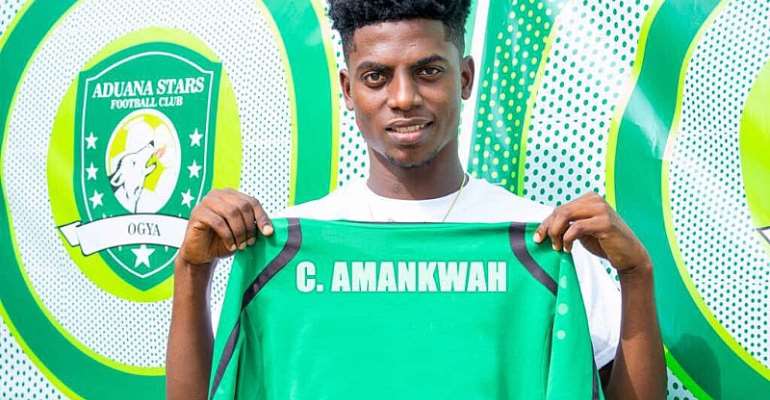 Aduana Stars defender Caleb Amankwah has been one of the brightest players in the on-going GFA Special Competition following some tremendous performances in the tournament.

The former WAFA player made the teams of Week 8 and 9 for one of Ghana’s fast-rising football portals, 442gh.com.

The stalwart defender starred on match day 8 when Aduana Stars drew with Zone A leaders Medeama SC at the Nana Agyeman Badu Park.

The following week, Amankwah produced an even more impressive display as the “Ogya” boys kept a clean sheet in their 2-0 win over Bechem United.

Prior to those games, he was a man of the match in his side’s goalless draw game with Techiman Eleven Wonders.

Amankwah was paired in central defense with Berekum Chelsea’s Fuseini Zakaria in week 8, before maintaining that spot again the following week, this time lining up with Liberty’s Samuel Amofa.

The 21-year-old has been outstanding for Aduana Stars in the competition, having been a regular in coach W.O Tandoh’s team.

His rock-solid performances in the heart of defense have made him a subject of interests from some of the country’s top clubs including Asante Kotoko and Medeama SC.