I Trained Tirelessly To Take My Chance Against Liverpool, Says Atsu 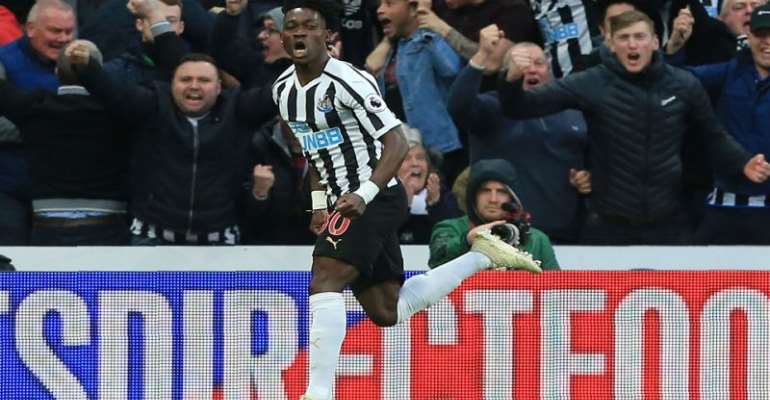 Christian Atsu is delighted to have ended his long goal drought in the Premier League against Liverpool.

The 27-year-old who started two successive games for the first time since February, was among the scorers as his side succumbed to a 3-2 reversal to Liverpool on Saturday.

It was his first Premier League goal in 40 outings and his first strike since netting against West Ham United in December 2017.

"I am very happy to score, and most importantly for it to be at home at St. James' Park in front of the fans," Atsu said, as reported by the Newcastle Chronicle.

"I haven't been playing but I was really working hard so that when I got my chance I could give everything for the club, so I am very happy that I scored."

Atsu's goal came under controversial circumstances as he fired a rebound into the net after Liverpool's Trent Alexander-Arnold blocked Salomon Rondon's goal-bound shot on the line with his hand.

For many Newcastle fans, they would have preferred being awarded a penalty and Alexander-Arnold sent off rather than have Atsu's goal.

Others felt the left-back should still have received his marching orders despite a direct goal being awarded.

"I saw it [the shot from Rondon] and I thought it was a penalty because it hit his [Alexander-Arnold's] hand, but the referee didn't whistle so when it came in front of me, I hit it," Atsu said of the incident.

"I am always in front of the 18-yard box, trying to find a loose ball - and, against Liverpool, it dropped for me and thankfully I took it.

"It was an important goal, and we grew in confidence after that."

Atsu, who has made 27 league appearances with 14 starts so far this season, is expected to maintain his starting spot in The Magpies' last match of the season against relegated Fulham on Sunday.

At the end of the season, the 27-year-old heads to the upcoming Africa Cup of Nations with Ghana, where the Black Stars have been drawn alongside Cameroon, Benin and Guinea-Bissau in Group F.