AFCON 2019: Injury Update On African Players Ahead Of Tournament 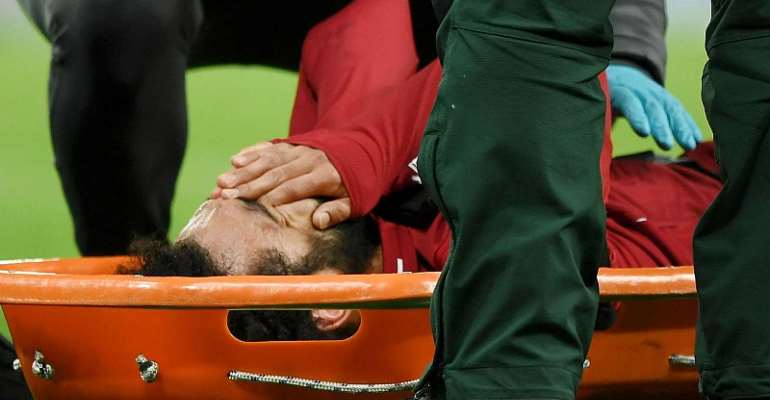 Mohamed Salah
The Egypt superstar hasn’t had much luck with injury in recent years, and he was notably denied the chance to truly make his mark on the World Cup after being injured in last year’s Champions League final.

This year, the end of his season is also being overshadowed by fitness problems, but while the attacker is out of the Reds’ Champions League semi-final second leg against Barcelona on Tuesday, his concussion will not affect his Afcon.

The forward sustained the injury after an aerial clash with Newcastle United’s Martin Dubravka during Saturday’s victory for the Reds.

Jurgen Klopp announced that the midfielder wouldn’t play for the Reds again this term—or for Guinea—after picking up a knock against Barcelona in the first leg of the Merseysiders’ semi-final.

However, it appears as though the Guinea FA are unwilling to accept this prognosis, with federation president Antonio Souare revealing his confidence that the midfielder’s adductor problems may yet be overcome before the tournament, which begins on June 21.

Mohamed Yattara
Keita isn’t the only Guinea player whose Nations Cup is in doubt, with the Syli Nationale also facing a nervous wait to see whether Yattara will make it to Egypt.

The striker, who’s currently with Auxerre in Ligue 2, picked up an injury against Chateauroux on Friday when he was withdrawn in some discomfort before the hour mark.

Goal have contacted Yattara for an update on his injury.

Eric Bailly
The Ivorian centre-back—a Nations Cup winner with the Elephants in 2015—will definitely miss out on the tournament after damaging his knee ligaments following a collision with Mateo Kovacic as Manchester United drew 1-1 with Chelsea.

While his Red Devils career has taken a turn for the worse, Bailly is a key man for the West Africans and will be missed in Egypt.

Mohamed Ben Amor
Like Salah, Ben Amor’s World Cup was affected by fitness problems ahead of the tournament, and the midfielder ultimately made a scant mark on the tournament.

Yet again, the Etoile du Sahel man has been hit with another injury blow, having suffered a serious knee injury in the first leg of his club’s Caf Confederation Cup semi-final first leg against Zamalek SC.

After rupturing the anterior cruciate ligament in his knee, the 26-year-old will definitely miss the competition and faces a long road back.

Ferjani Sassi
Tunisia’s midfield is set to be further depleted by the potential absence of influential playmaker Sassi.

The North African nation’s federation confirmed in mid-April that the Zamalek star would spend approximately six weeks on the sidelines after injuring his ankle.

While Sassi is expected to be absent until late May, and isn’t, therefore, ruled out of the tournament, will Alain Giresse take a gamble on the player, who will be short of match sharpness?

Achraf Hakimi
Hakimi has enjoyed a magnificent season on loan at Borussia Dortmund but appears highly doubtful for the Afcon after being plunged into an injury nightmare of his own.

The full-back was laid out during Dortmund’s Bundesliga bout with Wolfsburg in early April, with a broken metatarsal necessitating surgery.

He’s likely to represent a significant loss for Morocco.

Itumeleng Khune
South Africa will be counting on their superb defensive record as they look to escape the Group of Death after being pooled with Morocco, the Ivory Coast and Namibia.

However, they’ll have to do so without their star stopper Khune, who will not recover from his shoulder problems in time.

Defensively, it’s a massive blow for Bafana Bafana, while Khune’s pinpoint kicking is also a major offensive asset for Stuart Baxter’s side.