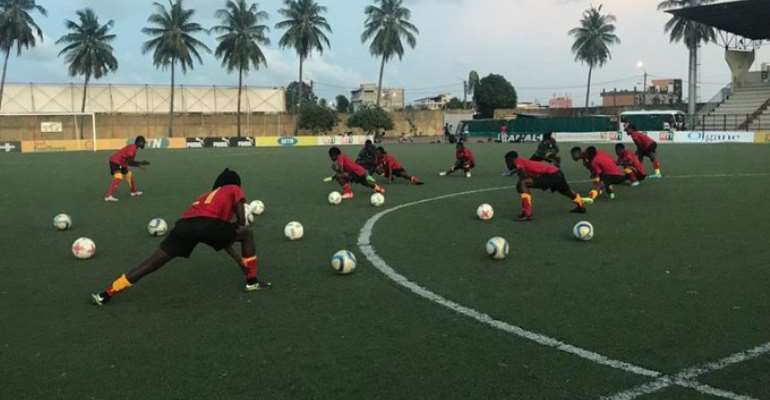 The Black Queens of Ghana held their first training at the Champoux Sports stadium in Ivory Coast ahead of the WAFU Zone B opener.

The team landed in Abidjan on Monday for the tournament which begins on Wednesday.

The reigning WAFU Zone B champions will open the defence of the title against Togo on Wednesday.

Coach Mercy Quarcoo Tagoe and her 20 man squad are poised on defending the title they won last year.

”Our aim is to go as far as to the final and successfully defend the title, but we will take it a game at a time,” head coach Mercy Tagoe-Quarcoo told the Graphic Sports.

”We want to pick the three points against Senegal, before thinking of the other games.”