Hearts Could Have Scored Seven Against WAFA - Kim Grant Brags 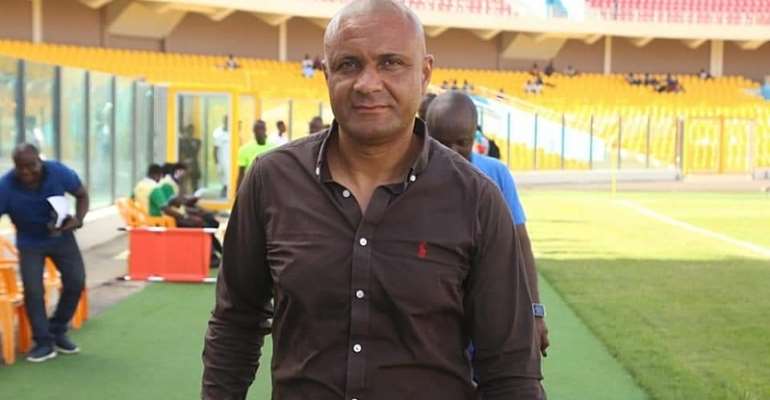 Hearts of Oak gaffer, Kim Grant says his side could have beaten West Africa Football Academy SC by a wider margin scoreline after their 4-0 home win on Sunday afternoon.

The Phobians whipped the Academy Boys 4-0 at the Accra Sports Stadium in the ongoing Normalization Committee Special Competition.

Goals from Manaf Umar, Kofi Kordzi, Fatawu Mohammed and Michelle Sarpong helped the Phobians to move to the top of Zone B of the competition with 18 points.

Coach Grant showered praise on his boys after their sterling output against West African Football Academy.

"I'm happy with their [players] performance today, it was magnificent and it's a great feeling," Coach Grant told GTV after the match.

"We could have scored them [WAFA SC] seven goals with the scoring chances we created in the game.

"We are in our fifth month, the team is still work in progress," he added.

Hearts of Oak will battle out with their regional rivals Liberty Professionals in the match-day ten of the Normalization Committee Special Cup on Wednesday.