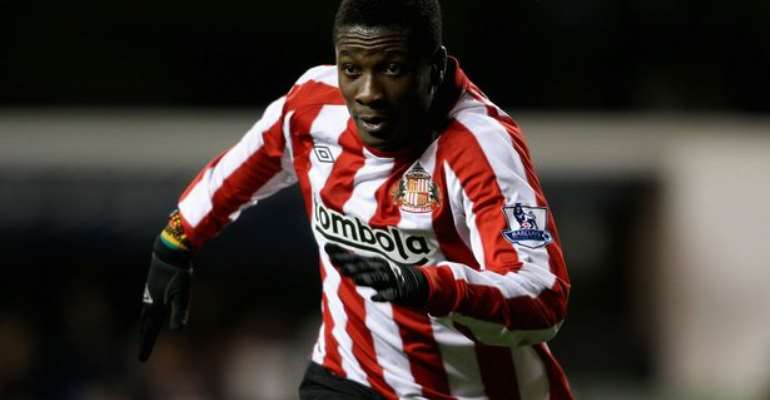 Former Sunderland striker Asamoah Gyan has revealed that he wants to aid Sunderland to return to their best when he hangs his boots.

The 33-year-old made in an instant impact in the English Premier League after joining the Black Cats from Rennes after his impressive heroics in the 2010 FIFA World Cup in South Africa.

However, the Ghanaian international left the club to join UAE Pro-League side Al Ain in 2012.

But the former Liberty Professional forward says he still has fond memories of his time on Wearside and hopes to return one day, although probably not in a playing capacity.

“I enjoyed every single minute there. It’s one of my proudest moments in life to have played at such a great club in such a unique football country,” the 33-year-old – who now plays for Turkish side Kayserispor – told FourFourTwo.

“The fans were unbelievable through thick and thin. Day and night, they’d travel to see us play – man, it was something else.

“It’s sad to see what happened to my old club, but the club’s spirit will bring it back. It’s not a club made for the lower divisions. I plan to help in any small way I can after I hang up my boots.

“I’m planning a lot of things when I retire. I have plans to start an airline company, and that’s getting closer. I have investments in Africa, too. But I’ll always be in football. You never know, I may play a role for Sunderland soon. I would love to help.”