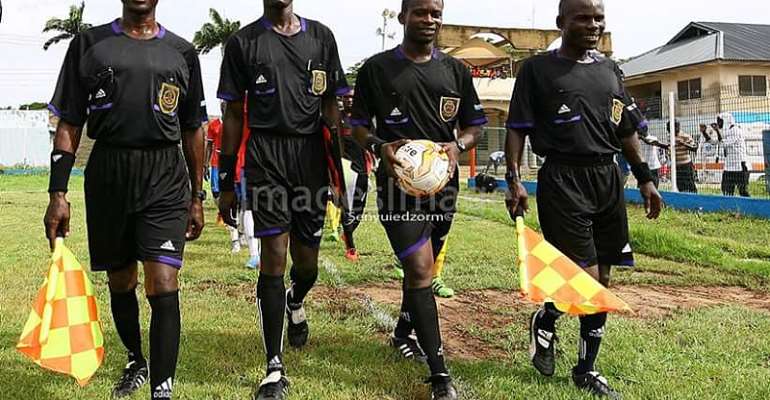 The novelty competition has been entertaining but not short of complaints from some club officials who believe they were hard done by poor officiating in some of the matches they have played.

Speaking in an interview with Class FM on Friday, April 3, 2019, George Ofosuhene expressed that referees have been doing well even though they can improve going forward.

According to the WAFA representative, the performance of match officials can be rated between 80% and 85%. Nonetheless, he is optimistic the adjudicators of the game can do better to ensure they receive little or no backlash from managers and the likes.

“In terms of good performance in percentage-wise, I will say I will give them between 80% and 85%. But that doesn’t mean they cannot improve. They can also improve. I know some of the clubs, managers, and others have complained about officiating. We cannot complain about difficult decisions or bad officiating but we will say that not all of them is 100%”, he shared.

He added, “But we also entreat them that they should also back up because because of this Anas expose, any little thing that they do it triggers so they should try as much as possible to be 100% and then let people see that the slightest mistake that they do is not genuine that they think they want to do but it is just about the human error”.

Hearts of Oak vs WAFA