Angola Side Kabuscorp To Be Relegated For Failing To Pay Brazil Legend Rivaldo $750,000 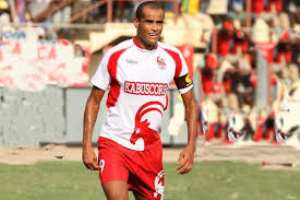 FIFA have decided that Angolan side Kabuscorp Sport Club do Palanca will get relegated if they fail to pay Brazilian legend Rivaldo his US$ 750,000.

Rivaldo joined S.P Kabuscorp in January 2012 at the age of 39 on a free transfer, coming from Brazilian second division side Mogi Mirim.

During his stay in Angola, the club failed to give the former Barcelona man US$750,000 of his salary.

As a consequence, the world’s footballing governing body, FIFA, have announced that the Luanda-based side will get relegated if they fail to pay the 47-year-old.

Kabuscorp are currently fourth on the Angolan league table with 48 points, with just two games to go. They are battling for the third spot against Desportivo da Huila who are just one point ahead.

We must be decisive in preventing domestic inequalities — Dr...
2 minutes ago