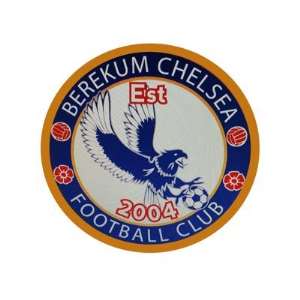 Berekum Chelsea have condemned the violent act that broke before their game against Asante Kotoko at the Nana Gyeabuor Park on Sunday afternoon.

Policy Analyst of Asante Kotoko, Dr. Amo Sarpong, one of the injured was also reported to have fired five times into the air after reaching for a firearm in his car.

According to the club, the events that unfolded before their goalless draw with the Porcupine Warriors, which left two Kotoko officials hospitalized after suffering various injuries.

In a statement released by the club on Sunday evening, Asante Kotoko arrived at the Nana Gyeabuor Park with a van loaded with heavily built men (machomen), who had no passes to the park and were also refusing to pay gate fees.

This led to some agitations with officials of the club at the gate leading to tempers flaring up.

The Blues also add, an official of Asante Kotoko was seen with a bottle sprinkling substances on the pitch, forcing security personnel in the inner perimeter to order for his sack.

The events follow up just some few days after Aduana Stars were found culpable of attacking a referee in their game against Medeama SC.

Below is the letter from Berekum Chelsea: 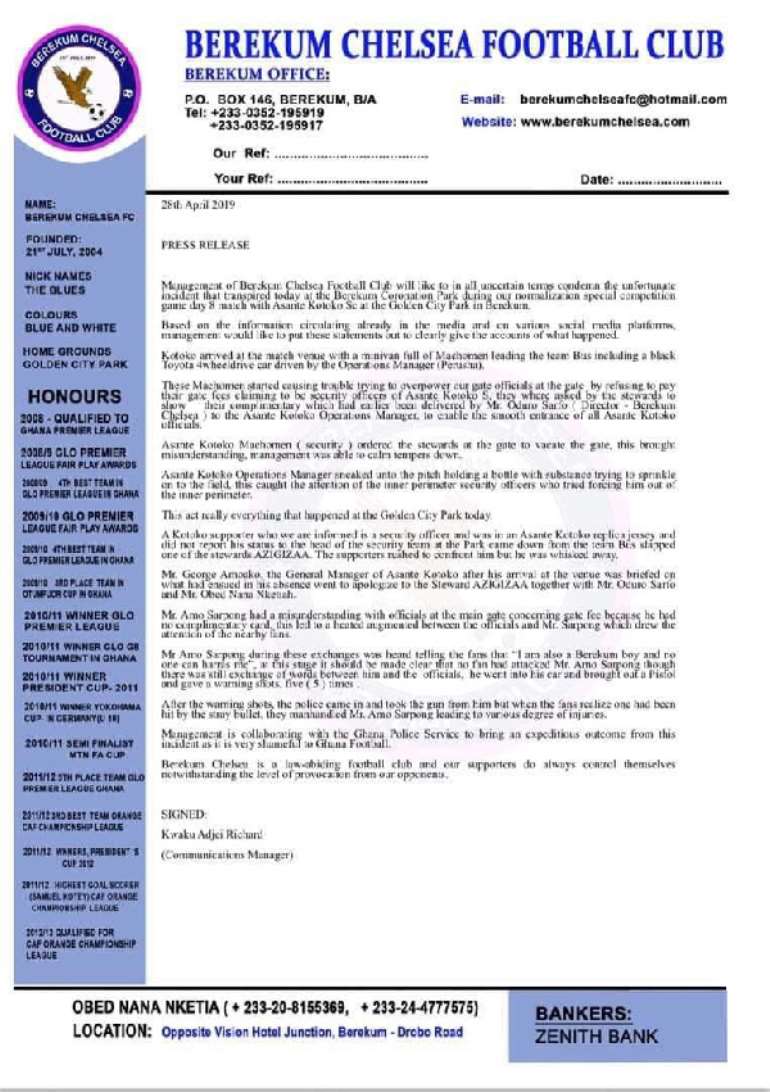