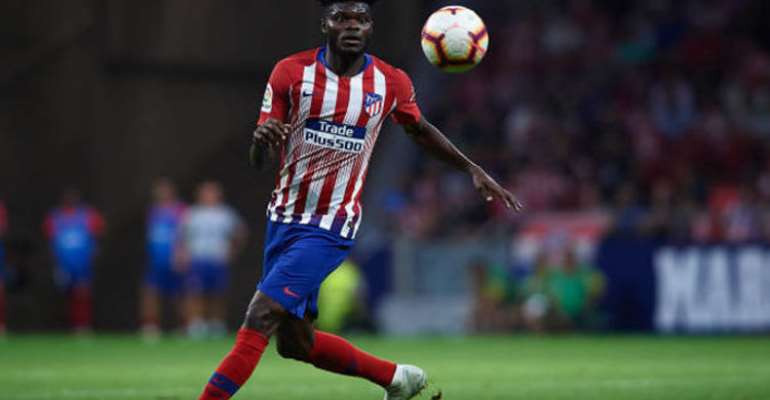 Manchester United are facing a huge summer transfer window ahead, with several areas in the current squad needing attention.

With the departure of Marouane Fellaini and the imminent exit of Andre Herrera to PSG on a free transfer in the summer, United find themselves short of options in midfield.

Many names have been linked with a move to Old Trafford, most notable Portuguese duo Ruben Neves and Bruno Fernandes, but it is the link to Atletico Madrid’s Thomas Partey that seems to be gathering a lot more traction.

After joining the 2014 La Liga champions back in 2012, the Ghana international has gradually become one of the most prominent midfielders in Spain under the guidance of Diego Simeone.

He endured a slow first couple of years at the Madrid based club, but his performances in the past two seasons have shone light on his star quality, and here is why Manchester United should make him a priority this summer.

Versatility Partey over the past few years at Atletico has showcased his ability to function superbly in different midfield roles. His incredible ability to read the game from the defensive side, sniff out and cut out danger is something Man United could more than do with. His passing and shooting ability coupled with his immense physicality are very important attributes that make him a sure fit for the Premier League.

The 25-year-old also possesses the energy, intelligence and right discipline to be deployed in a box to box role, something United will be missing with the departure of Ander Herrera. Partey, during the 2017/2018, largely featured at right back, with his most eye-catching performance coming against Arsenal in the Europa league semi-final.

This offers United another option in defense should the need arise. He has also featured in the number 10 role at international level for Ghana, providing an impressive return of 7 goals in his last 11 games for the Black Stars.

Partey’s relatively low wage demands Man United have the highest wage bill in the Premier League, with many under-performing players receiving fat paychecks. Alexis Sanchez is the most guilty party taking home €300k a week. Although United may have to cough up €50 million to activate Partey’s release clause if they are to sign him, his wage demands are considerably low compared to the current average United wage bill.

Partey is one of the lowest earners at Atletico, taking a meagre €10,000 a week, after signing a contract renewal last season until 2023. This will most definitely give United more bargaining power in relation to the player’s wages.

Player nearing his prime At 25, Partey is approaching his prime years as a player, and he is not only primed to make an instant impact at United but also offers them four or five more seasons at the highest level.

He offers the instant impact United needs at the moment, and he has the required experience and hunger to thrive at the club.

He has already spoken of his desire to play in the Premier League, and he more than fits the bill for the ongoing project at Manchester United.