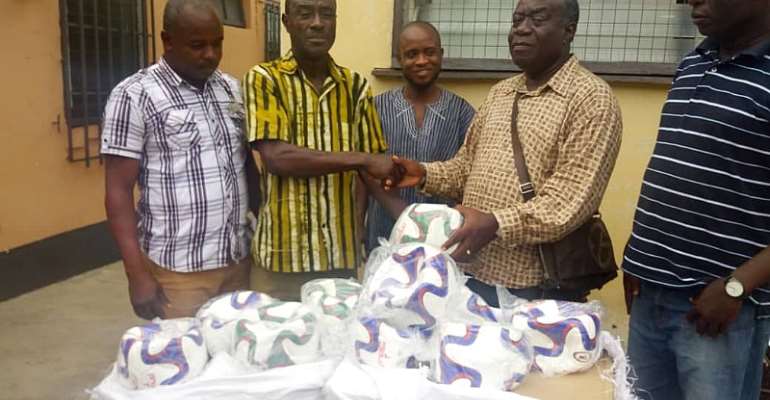 According to the astute football administrator, he believes the region has a lot of football talent hence showing this kind gesture to RFA will help the clubs in one way or the other.

Nana Budu added that the gesture was to encourage the youth in the region to develop and harness their interest for sports as well as utilize their sporting potentials.

Speaking in an interview on the sidelines of the presentation, the Suhum Maxbees Chairman indicated that he has no intention of contesting for the RFA Chairmanship position even though he will not totally rule it out.

“Am yet to decide if I will contest as the RFA chairman, but as of now, I have no intention to contest the chairmanship position”, he said.

The Eastern RFA executives on their part commended Nana Budu for his foresight in helping the clubs who will be competing in the upcoming Eastern Cup.