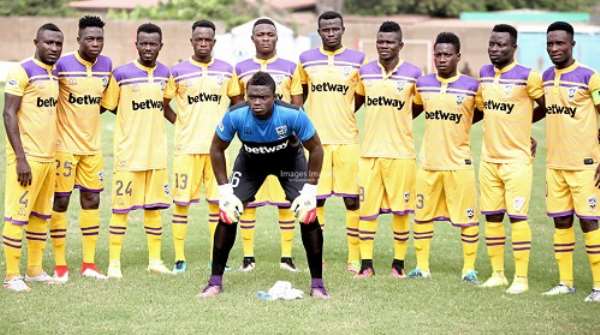 Medeama SC would hope to topple Kumasi Asante Kotoko from the summit of the league log when they trek to the Nana Agyemang Badu Park to encounter Aduana Stars on Wednesday.

The Tarkwa-based side are placed second just behind the Porcupine Warriors in the Northern zone log of the Ghana Football Association (GFA) Normalisation Committee’s Special Cup competition and win could propel them to the top.

However, for Aduana Stars, who lie just beneath their opponent, it is a must-win game to enable them to climb to the summit of the league log, if first placed team, Kumasi Asante Kotoko, loses to Berekum Chelsea.

Aduana, who have not lost on their home grounds, will ensure that they keep their home as a fortress to make it difficult for any visiting team to record a win. In two games at their backyard, they have recorded four points, (a win and a draw each).

The Tarkwa-based team’s last encounter away from home came when they travelled to Obuasi Len Clay Stadium and lost 0-1 to AshantiGold.

On the other hand, Aduana coach, Paul Tandoh, also has good players in Joseph Addo (goalkeeper), Caleb Amankwaa, Paul Aidoo, Sam Adams, Bright Adjei, Anokye Badu, Emmanuel Boateng and others to give them the much-needed win.