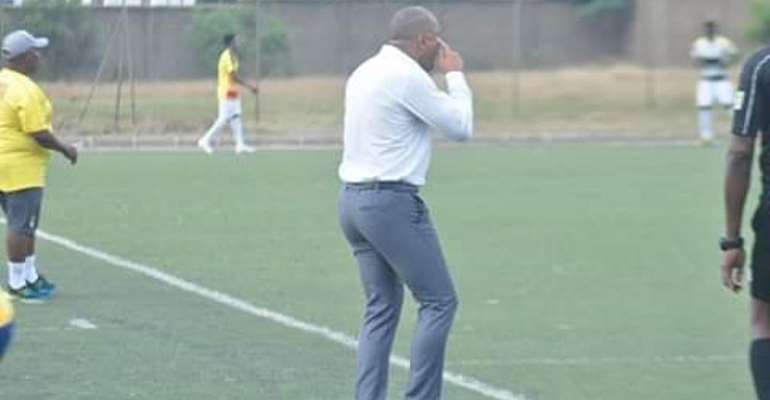 Head Coach for Accra Hearts of Oak, Kim Grant has lavished praises on his players despite losing to West African Football Academy (WAFA) yesterday as he set sight on winning their next match against Inter Allies.

The Phobians lost narrowly to WAFA on Sunday, April 21, 2019, in an exciting game that produced 5 goals. Unfortunately for the Accra based side, it was the home side that came out on top at the end of proceedings, winning the game with a 3-2 scoreline.

Speaking in a post-match interview with the media, Kim Grant explained that the match would have ended differently if his side had converted the chances they created.

According to him, his lads impressed him very much and he is hoping they can build on their performance in Sogakope to ensure they win their next fixture against Inter Allies in the Ghana Football Association (GFA) Normalization Committee (NC) Special Competition.

“We had chances to score, unfortunately, its football and we had individual mistakes that cost us the goals. But am really pleased and proud of the boys. The way they played and the way they performed today. Am just looking forward to Wednesday and hopefully, we will get the win on Wednesday”, the gaffer said.

The Rainbow boys are now 5th on the Premier B table with 9 points and just 3 points behind WAFA who sits top of the table. They will need to win their next game and hope teams above them drop points in order to get back into the top 3.