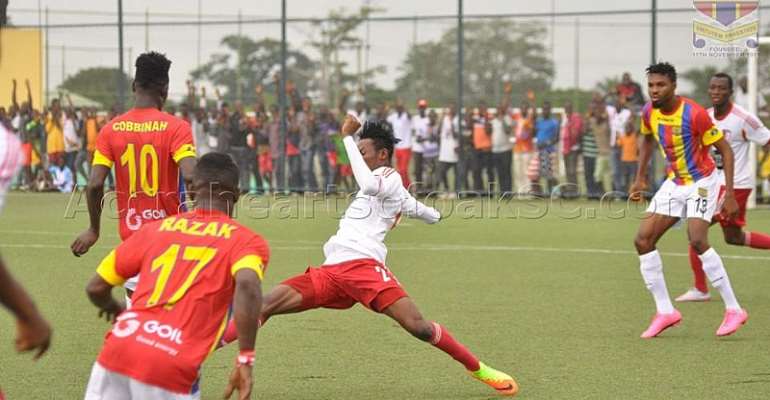 Premier League giants, Accra Hearts of Oak, will be hoping to break a long-standing jinx at the Sogakope Park when they face WAFA in a seventh-week southern zone top liner of the ongoing Ghana Football Association (GFA) Normalisation Committee (NC) Special Competition on Sunday.

Having achieved two successive victories over Ebusua Dwarfs and Liberty Professionals in Accra, Hearts, who started the competition on a poor note, are gradually finding their feet and an important victory over the WAFA lads will signify an improvement in their play.

The Phobians will hope to make amends at the same venue, where they lost 0-5 two seasons ago, by seeking much-improved results this time around but need to work extra hard to change the script on Sunday.

The academy boys are second on the Southern Zone log and remain unbeaten in five matches, having won twice and drawn three times, making Sunday’s clash with Hearts a fine opportunity for them to climb up to the top of the table with a win.

With an impressive home record to boast of, WAFA start as favourites, and Coach Kim Grant must devise an effective strategy to stop the high-flying WAFA side.

Liberty Professionals will welcome Dreams FC to the Dansoman Carl Reindorf Park as they hope to bounce back from a disappointing 1-2 loss to city rivals, Hearts, last Sunday in another exciting Group B match.

Leaders, Karela United, will travel to the Nduom Sports Complex to slug it out with Elmina Sharks in a close contest, while Ebusua Dwarfs visit the Tema Stadium to lock horns with Inter Allies.

In the Northern Zone, Bechem United clash with Aduana Stars in a regional derby at the Nana Fosu Gyeabour Park, while Ashantigold, after their narrow 1-0 win over Medeama last Sunday, will play as guests of Berekum Chelsea at the Golden City Park in another exciting fixture, while Medeama, also, welcome Techiman Eleven Wonders to the T&A Park.