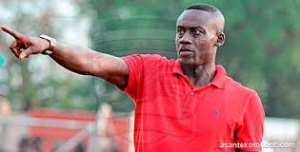 Deputy Coach of the National Under-23 football team, Michael Osei, have advised coaches to periodically attend refresher courses to equip them in their line of duty.

The former Asante Kotoko gaffer have flown to Germany to undertake a two-week short training session with some of the coaching staff at his former team, Mainz 05, and will also have a meeting with coaches from TSG Hoffenheim, Darmstadt and others.

Coach Osei told Graphic Sports in an interview from his base in Germany that it was important coaches upgraded their knowledge in the modern trends of the job as the game was dynamic.

"I believe that coaches must intermittently attend courses to keep them abreast with modern day trends of coaching and also to have training sessions with experienced managers so that they can inculcate in us some of their technical abilities," he noted.

According to him, he would return to Ghana on April 30 to have ample time to prepare the Black Meteors for their doubleheader qualifier against Algeria for the Under-23 Africa Cup of Nations (AFCON) scheduled to be held in Egypt.

Osei, who doubles as the head coach of a Division One base football club, Star Madrid, which is currently playing in the Normalisation Committee (NC) Special Competition told Graphic Sports that his absence would not create a gap as his assistant would be up to the task.

"My assistant coach, Joe Agyeman Snr, who is also a former player will occupy my position temporarily as head coach. I have no doubt in his capabilities at all," he said confidently.