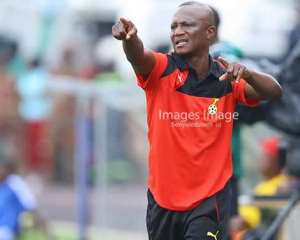 The four times Africa champions have been drawn in group F of the 2019 Africa Cup of Nations (AFCON) alongside defending champions Cameroon, Guinea Bissau and Benin.

The draw for the 32nd edition of Africa's prestigious tournament was held in a colourful ceremony in the Egyptian capital of Cairo over the weekend.

However, Coach Kwesi who is aiming at ending Ghana’s long wait for the Africa Cup of Nations (AFCON) trophy has indicated that the four times champions are in a tough group.

"We have the defending champions in our group [Cameroon], Benin and Guinea Bissau I think they are all strong teams. For them to qualify, that means they're doing well," he said.

"The most important thing is we need to prepare well so that whichever team comes our way we'll be able to give them a very good game."

Ghana will commence their campaign with a clash against the Squirrels of Benin on 25th June, before engaging Cameroon on 29th June.