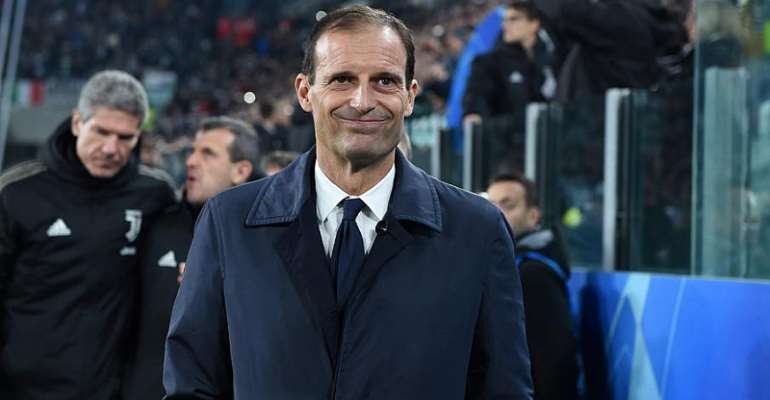 Five talking points from the Serie A weekend after leaders Juventus lost 2-1 at SPAL, missing a chance to wrap up the title race with six games left, and second-placed Napoli won 3-1 at Chievo who were relegated.

With the Serie A title a mere formality and the second leg of their Champions League quarterfinal at home to Ajax Amsterdam to come on Tuesday, Juventus coach Massimiliano Allegri made sweeping changes to his side at SPAL.

These included first-team debuts for 17-year-old defender Paolo Gozzi and midfielder Grigoris Kastanos, who has spent this season playing in Serie C with the Juve under-23 team.

This angered Bologna coach Sinisa Mihajlovic whose team are one of SPAL's rivals in the battle against relegation.

"It didn't seem a fair choice," he said after his team's 0-0 draw at Fiorentina. "One thing is to pick a reserve, another is to send out a lad who plays in Serie C."

"I didn't like it at all and I know they won't care....unfortunately, Italian football is like that."

SPAL's win lifted them to 13th with 35 points, four more than Bologna who are 17th and three points above the relegation zone.

The pair had a spiky exchange on social media before the match but appeared to bury the hatchet when they swapped shirts after the game – only for Bakayoko to then wave Acerbi's jersey in front of Milan fans as if it were a trophy.

"I am disappointed because I swapped shirts to put an end to the matter. Stirring up hatred is not sport, but a sign of weakness," said Acerbi on Twitter.

The ANSA news agency reported that Bakayoko later phoned Acerbi to apologise while Acerbi closed the matter with another Tweet. "Enough controversy, we'll see each other on the pitch," he said.

GENOA STILL WITHOUT A WIN AGAINST GIAMPAOLO Marco Giampaolo became the first coach in Sampdoria's history to emerge unbeaten from six consecutive derbies against Genoa following his side's 2-0 win on Sunday.

Sampdoria have won four and drawn two of the six meetings in the so-called Lighthouse Derby since Giampaolo took over ahead of the 2016-17 season.

"It is very satisfying," he said. "We know that the derby counts for a lot in the city and we have not suffered disappointments or defeats in the last three years. This has been achieved thanks to the players, the clubs and the fans."

Sampdoria forward Fabio Quagliarella continued his remarkable season by scoring the second goal from a penalty, leaving the 36-year-old as Serie A's topscorer with 22 goals.

"It isn’t a case of what I can teach him, but of what he can teach me. Just watching him makes you learn something new," said Giampaolo.

GENOA ANGRY AFTER ANOTHER RED CARD Genoa, meanwhile, finished with 10 men for the third game in a row after Davide Biraschi was sent off for handball when the referee judged he had prevented a clear scoring chance in the incident which led to Sampdoria's penalty.

"The red on Biraschi didn't exist, he was a metre and half away from his opponent, how can he move his arm out of the way?" said coach Cesare Prandelli. "It wasn't a penalty for me and certainly not a red card."

FLYING DONKEYS GROUNDED Chievo's run of 11 seasons in Serie A ended when they were relegated with six games to spare following a 3-1 home defeat by Napoli.

Originally a small club from the Verona suburb of the same name, Chievo reached the top tier for the first time in 2001, earning them the nickname the Flying Donkeys.

Fans of Verona, the city’s biggest club, never took Chievo seriously and had sung that donkeys would fly before their smaller neighbours reached the top flight. Verona themselves are now in Serie B.