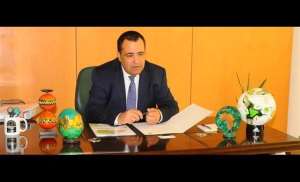 The Confederation of African Football (Caf) has appointed Moroccan Hajji Mouad as its new General Secretary.

He replaces Egyptian Amr Fahmy who was dismissed from the position last week.

Caf's president Ahmad confirmed on Friday that the new appointment had been made.

"It resulted in some fairly important points, including the nomination of Caf's new General Secretary, Hajji Mouad," Ahmad said.

Mouad was appointed as Caf's general coordinator role earlier this year and takes over as Caf's General Secretary from Fahmy, who was appointed in November 2017 as he followed in the footsteps of his father and grandfather.