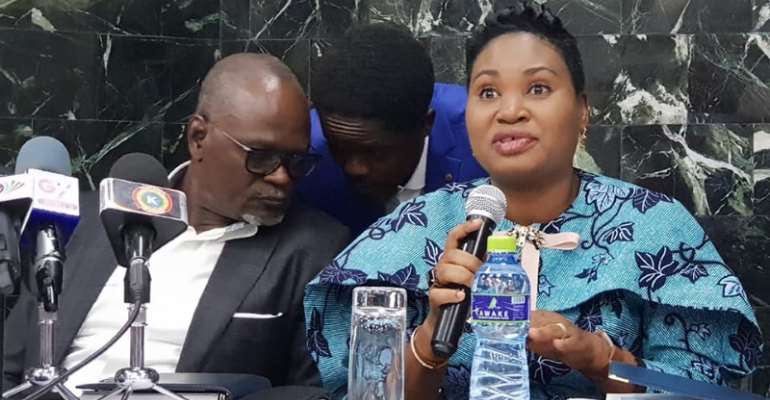 Naa Odofoley Nortey, a Member of the Ghana FA Normalization Committee has charged owners of women football clubs to invest in the game.

Women football clubs in the country are in poor shape and cannot boast of any facility not even a standard pitch for league games.

However, Naa Odofoley, who doubles as the Chairperson of the NC special competition Committee, tells Starr Sports it about time women football clubs were upgraded to an appreciable standard by their owners.

“When you look at our [GFA] club licensing requirements, it literally states what you need to have in terms of facilities and all that to be able to operate football.

“Ideally I would have love to see at least two or three out of the sixteen women premier league teams having their own venues. Unfortunately, for now, they are made to affiliate with some venues or paying for some venues but ideally, it shouldn’t be out of place for some of our women teams to have their own venues.

“Going forward, if you really want to be in football business we must understand that we have to invest in the game,” she stated.

Meanwhile, the finals of the women special competition come off on Sunday at the El Wak Sports Stadium. The finals will be between two-time women’s league champion Ampen Darkoa and Hasaacas Ladies who are also three-time winners.

According to Normalization Committee, the game will be live on TV.