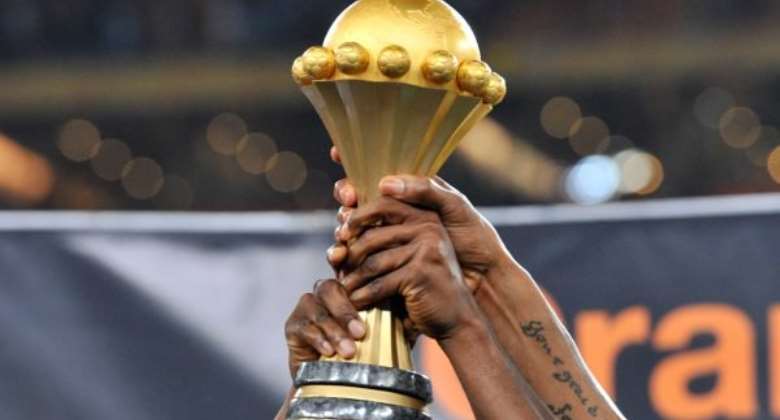 As Cairo prepares to host the draw ceremony for the Total AFCON 2019, coaches of the qualified teams have been taken through a thorough workshop regarding the major changes expected in the 32nd edition of the biggest African football extravaganza.

In particular, the technicians were able to familiarize themselves with “the latest refereeing guidelines”, according to Paul Put, who will be leading Guinea Conakry in the finals.

Regarding the video assistance referee, many teams hope to obtain guarantees on its application during the African Cup of Nations. “Afcon is one of the biggest football competitions in the world, you have to use the VAR. It was already done at CHAN 2018 and Africa is a continent like any other in this field.”

On the technological side, the Confederation of African Football also explained the upcoming use of GPS trackers on players involved in the tournament to measure their performance and other indicators.

Above all, the technicians were able to share their experiences with each other: “It was good to hear Gernot Rohr talk about Nigeria’s preparation for the 2018 World Cup,” said Nicolas Dupuis, Madagascar head coach. All the coaches are looking forward to Friday’s draw at the foot of the pyramids and the Sphinx in Giza.

First workshop
For the first time, the Confederation of African Football (CAF) organized a coaches’ workshop for all the teams who have qualified for the 2019 Total African Cup of Nations in Cairo, Egypt on Wednesday morning.

Nineteen of the 24 teams who have qualified for the final tournament scheduled for June 21-July 19 were represented by their coaches at the workshop which was conducted by Anthony Baffoe, the CAF Deputy Secretary-General in charge of football and development.

“The essence of this workshop was to meet the coaches who are the key actors of their teams, exchange ideas and knowledge towards a successful tournament. We also discussed technical and tactical issues related to the tournament as well as organizational arrangements,” Baffoe said.

The coaches were updated on the GPS technology provided for by CAF partners Catapult Sports and were also taken through updates of the laws of the game which will come into force on June 1. CAF referees manager Eddy Maillet took them through this session.

“It was really great to learn all these two months before the tournament because then we have time to go back to the teams and implement as well as plan adequately. This was a good idea by the organizers,” Madagascar head coach Nicolas Dupuis who will be leading his side into their first ever Afcon appearance said.

At the same Nigeria head coach Gernot Rohr who has handled Gabon (2012) and Niger (2013) at the Cup of Nations shared with his colleagues his experiences from the past and what will be expected at the final tournament.

“It was brilliant to meet with other coaches and exchange ideas. It was also great to learn from Rohr and Alliou Cisse about their World Cup experience and how it is close to Afcon because of the expansion now. I think it was a very good idea for capacity building,” Kenya’s coach Sebastien Migne commented.

His sentiments were echoed by Guinea’s Paul Put who said; “The workshop was really great especially to get acquainted about the changes that are expected this year especially in refereeing and the use of VAR. Also, it was good to know about the plans Egypt have for the Afcon this time seeing it will be expanded with 24 teams.”

Uganda’s Sebastien Desabre who will be coming to the tournament for the first time added on that he feels better prepared and is now more than ready to bring in his Cranes to give a good account of themselves.

“It is a brilliant idea to bring all the coaches together and for us to learn a few things from each other and also to learn from CAF about all the plans and our requirements during the Cup of Nations,” stated the Frenchman.

This year’s Afcon is expected to be special, first as it will include 24 teams expanded from the previous 16 while it will be played in June/July for the first time ever, away from the traditional January/February dates.

To ensure the smooth running of the 2019 Total African Cup of Nations in June, the Confederation of African Football (CAF) organized a workshop for all team managers in Cairo on Wednesday to familiarize them with their obligations.

The Team Managers are an integral part in the running of a successful Cup of Nations as they are the link between the teams, tournament organizers and the media.

Among the issues they were taken through included their pre-match and match day obligations, safety and security, media obligations and all the marketing issues around the tournament.

The managers were also familiarized with the kitting requirements and regulations which include the size of jersey numbers, jersey sponsor and player names to ensure uniformity and a perfect fit for a quality television production.

The participants were also familiarized with the CAF marketing and advertising policies which are aligned in tandem with FIFA regulations. They include the prohibition of advertising on the jerseys, as well as underneath shirts.

Also stressed out to the managers by CAF was the fact that no religious or political messages should be borne on the underneath jerseys.

“I am really happy with the plans the organizers have for the Afcon. We did the drawing for hotels and I think it is something very vital for planning and it will ensure we prepare the team in a better way before and when we are in Egypt. This workshop was really enlightening,” Kenya’s Team Manager Daniel Kawinzi said.

CAF’s head of safety and security Christian Emeruwa also updated the managers on the security arrangements for the tournament especially noting how much traction among fans and media an expanded Afcon will bring.

“We are committed to ensuring that we deliver the best security to you and the CAF Security committee is working alongside the local police to see that all this is taken care of. The team will be under proper security always at the hotel, training ground and match day,” Emeruwa affirmed.

“They have explained to us a lot about the preparations and I think if everything happens as planned, we will have a very successful tournament. I am happy with the plans they have and we have familiarized ourselves with all our obligations,” said Guinean national team manager Conde Fah.

His sentiments were echoed by Tanzania’s Danny Msangi; “I am very happy with this arrangement because for some of us it is the first time we are here and we really needed to know what is required of us as well as the rules over certain things.