Pressure Is Mounting Before The Total AFCON 2019 Draw 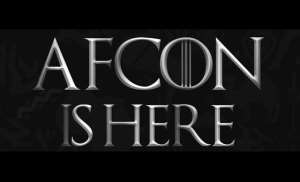 All eyes will be on the Sphinx and the pyramids during the Total AFCON 2019 draw! While the composition of the pots has now been revealed, we also know who will have the difficult task of drawing them.

Yaya Touré, the Ivorian champion and four-time winner of the CAF African Player of the Year award, will be on stage. Alongside him, Ahmed Hassan, record holder of the number of caps with Egypt (184), will proudly represent the host country.

Another star of North African football made the trip: Mustapha Hadji. The current Atlas Lions assistant coach, placed in hat 1, will have the difficult task of not having too much control over this draw for his team.

El Hadji Diouf, two-time winner of the CAF African Player of the Year award, will also take part in the celebration, as will CAF Deputy General Secretary, Anthony Baffoe.

Other CAF legends are also in the Egyptian capital such as Joseph Antoine Bell or Rigobert Song. FIFA President Gianni Infantino will also participate in this unique event.

The African Cup of Nations will start in Egypt starting on June 21st, 2019.