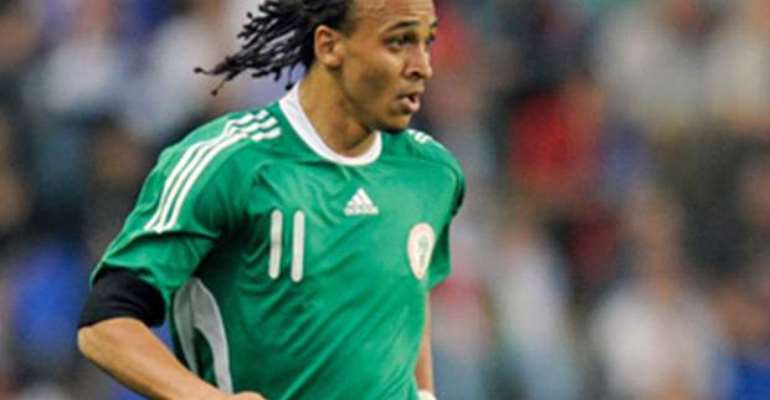 Former Nigeria striker Osaze Odemwingie admits he regrets not being part of his country’s Africa Cup of Nations winning team in 2013 as he formally retires from playing football.

The 37-year-old has not played professionally since 2017 but had been hopeful of continuing his career.

He helped Nigeria finish third at the Nations Cup in 2004, 2006 and 2010 but missed their triumph in South Africa.

“I think not being part of the Nations Cup-winning squad when I was at my peak is a big regret,” he told BBC Sport.

“I don’t think there is anyone that will say they are without regrets.

“I did everything I could to be a part of that squad but it never happened, but I had an amazing time with my country.

“A lot of interesting things to be proud of at club level that would be too much to talk about.

“There were few mistakes but you learn as you grow and now I am in a good position to advice other young players.”

The winger-cum-forward’s last admission referred to his botched transfer move from West Bromwich Albion to Queens Park Rangers in 2013.

He drove himself to the London-based club late on transfer deadline day and waited in the car park in a bid to force the transfer through.

After playing at the 2010 World Cup, he went on to score at the finals four years later in Brazil.

He produced 36 goals in 129 Premier League appearances between 2010 and 2016 in the colours of West Brom and Stoke City.

“I can count on a lot of highs but three stands out for me. Playing in the Premier League and winning two player of the month awards,” Odemwingie explained.

“Scoring a brace for Nigeria against South Africa on my Nations Cup debut in 2004 is also unforgettable.

“To score for Nigeria at the 2014 World Cup against Bosnia was something special because I know what it means to my people back home.

“Right now, I have a role as FIFA’s ambassador for the Women’s World Cup in France, (after) then I can focus on my coaching badges. Football has been good to me and I’m grateful.

“I’ve scored goals at all the top clubs I played and I believe with the help of my teammates, I can still do the same here.”

His final chapters in English football were at Championship clubs Bristol City and Rotherham – before playing out the final days of his professional career at Indonesian side Madura United in 2017.

He marked his Nigeria debut with a goal against Kenya in Lagos in 2002 and was widely regarded as one of the most committed and dedicated players to have represented his country.

As well as the three bronze medals from the Nations Cup he also has a silver from the 2008 Beijing Olympic Games, as Nigeria lost to an Argentina featuring Lionel Messi and Angel di Maria in the match for gold.