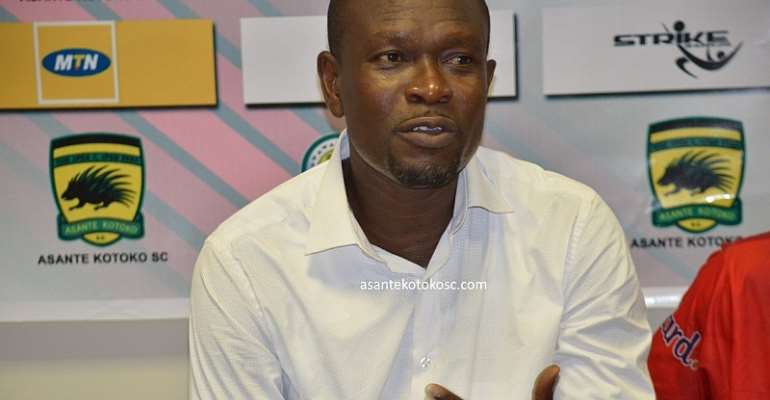 Asante Kotoko gaffer, Charles Kwablah Akonnor has refused to credit their recent good form to a single player insisting that all his players deserved credit for their inputs.

The Ghana Premier League heavyweights have been in devastating form in the last four matches they have play in the Ghana Football Association (GFA) Normalization Committee (NC) Special Competition; winning 3 and losing just a single match.

In their last two games, they have managed to score 5 goals whiles keeping clean sheets in each match. One player who has been on fire is attacking midfielder Abdul Fatawu Shafui who is now being deployed as the centre forward in the absence of Sogne Yacouba.

He has managed to score 4 goals for the porcupine warriors to ensure they moved up to 1st place on the Tier 1 League table.

His performance has attracted praise from management and fans of the clubs who believe he has stepped up his game during the clubs difficult times.

Speaking to Fox FM, Coach CK Akonnor explained that Abdul Fatawu has been doing well for the clubs but he wouldn’t want the credit to go to him alone. According to the gaffer, all the players have been playing well and they should be praised collectively.

“Even though he is the one scoring for us but I want to see others scoring too, the likes of Prince Acquah are all doing well, I don't want to give the credit to Fatawu alone but he did very well”, CK shared.