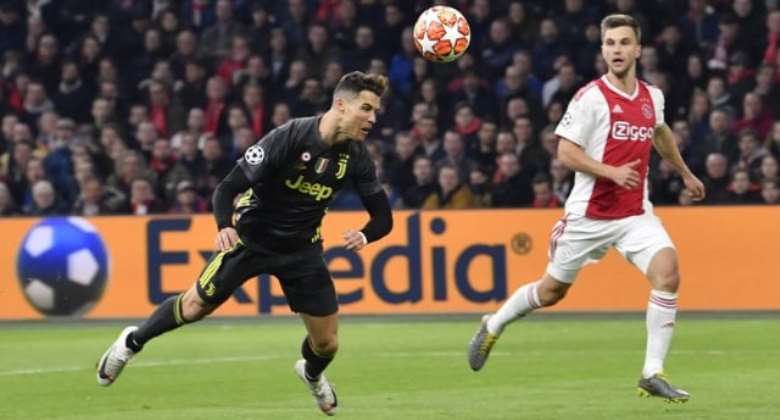 Cristiano Ronaldo secured an away goal for Juventus as they drew the first leg of their Champions League quarter-final against Ajax.

The goal had come against the run of play, but the hosts equalised within a minute of the second half starting, through David Neres' fine curling effort from 15 yards.

Both teams had late chances with Ajax's Jurgen Ekkelenkamp having a shot saved before Juventus substitute Douglas Costa hit the post.

But neither side could grab a winner and they meet in the second leg in Turin on Tuesday, 16 April.

The winners of the tie face either Tottenham or Manchester City in the semi-finals, with Mauricio Pochettino's side holding a 1-0 advantage after Tuesday's first leg in London.