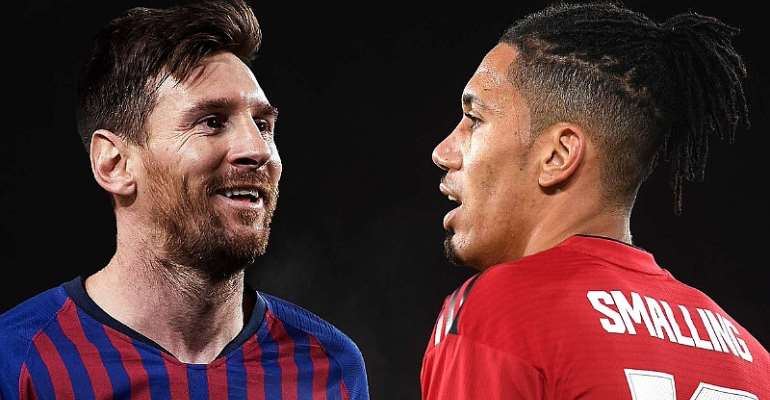 Manchester United defender Chris smalling has dared Barcelona's Lionel Messi to bring it on as both teams clash tonight in the quater-finals of the Champions League at the Old Trafford.

According to Smalling, he has faced some of the best already during his season which he "definately relish".

"It's something to relish. This season, we have been lucky enough to face Cristiano Ronaldo & Kylian Mbappe and they are all challenges that I definitely relish and I think players at this club relish. I say bring it on," Smalling told the media.

Manchester United reached the quarter-finals after they dramatically overturned a two nil loss at home to Paris St-Germain.

Barcelona on the other hand knocked out Lyon through Lionel Messi's heroics and will be seeking to demonstrate such feat again.

The Red Devils have never lost a home game in Europe to Barcelona (W2 D2 L0).