How Do Man Utd Stop Messi And What Is It Like To Face Him? 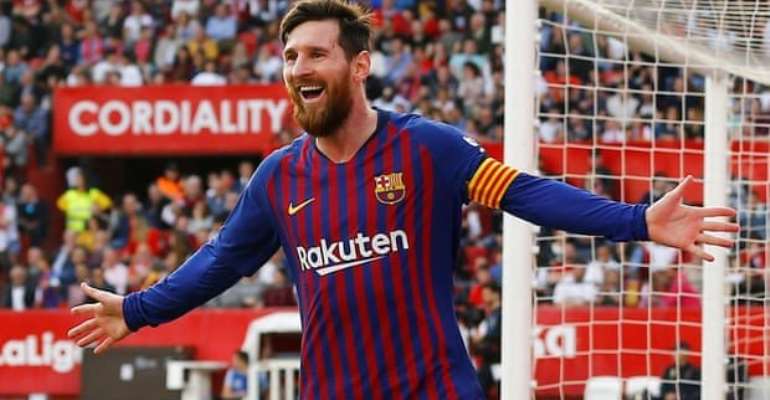 I only came up against Lionel Messi once, when I came on to help Manchester United see out our win over Barcelona in the 2008 Champions League semi-finals, but that was enough to find out how difficult it is to stop him.

It looks easier when you are watching from the bench but it is a different story when you are out on the pitch with him. You only really realise just how quickly he moves after he has accelerated past you.

We managed to get the better of him that night, but it was obviously a different story when Barca beat us in the final in 2009 and outclassed us completely at Wembley in 2011.

United are about to take on Barcelona for the first time since losing that night, and how they deal with Messi is probably even more important this time.

His role in the Barca team has changed slightly over the past decade, partly through maturity but also because Xavi and Andres Iniesta are not alongside him any more.

They always looked after the midfield, which meant Messi could stay further forward - whereas now he is probably more of a playmaker in their set-up.

Of course, Messi is still a brilliant goalscorer too, but at the age of 31 it feels like he also has more influence in setting the pace of the game, which is something he did not do as much of back then.

Against Tottenham in the group stage, he literally ran everything and it was an absolute joy to watch. It was a masterclass of passing, assists, goalscoring and controlling the whole tempo of the match.

That is what he will be trying to do against United, and manager Ole Gunnar Solskjaer has to come up with a plan to deal with it.

It will be very difficult but we managed to beat Barca in 2008 by sitting deep, absorbing pressure and looking to hit them on the break. Looking at the strengths and weaknesses of both teams now, that could work for United again. 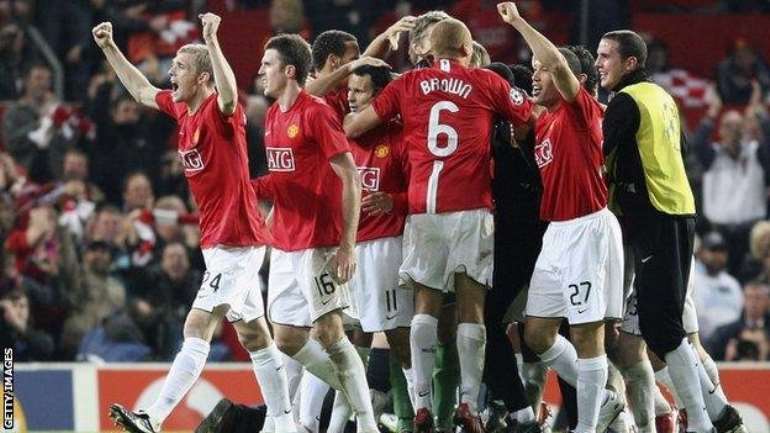 Image: Darren Fletcher and his United team-mates celebrate after their 1-0 aggregate win over Barcelona in the 2008 Champions League semi-final. They went on to beat Chelsea in the final

I did not get the chance to take on Messi when we played Barcelona in the 2009 final. Instead, I was in the stands because I was sent off against Arsenal in the semi-finals.

It was hugely disappointing and frustrating because playing in that game was my dream and it would have been a continuation of what had been a great season for me. I was a big part of the team and had been doing well.

My role was almost as the catalyst in the midfield. I was the energy in there, triggering the press and tracking runners - all the things that were so important against that great Barcelona side.

We were actually slight favourites going into the game because we had beaten Barca the year before, but we were also on a great run as a team with that style of play, which had worked in both legs against the Gunners.

Our manager, Sir Alex Ferguson, had to find a different solution for the final, and he changed the team and the way we played.

He has spoken since then about how much United missed me and, although we will never know for sure, I believe I could have made a difference that night, not just individually but as part of the way the whole team functioned. I was a cog in an 11-man system, and it worked.

That 2009 final was probably the beginning of Barcelona's great run that ended in 2011, and the final that year was different.

Barca had progressed to playing total football under Pep Guardiola and it culminated with almost a complete performance against United at Wembley.

Their system worked to perfection and we did not have a chance that night. It was one of the greatest performances of all time.

I had to watch from the bench as they completely played us off the park and it was probably the first and only time in my United career that we had to hold our hands up and say we were well beaten.

No matter what else we had done differently that night, I don't think we could have competed with Barca or changed the result.

United have to choose the right moment to attack

Barcelona are favourites this time but I don't think their team is as strong as it was back then.

If they click like they did against Spurs then they are very dangerous but, when I have seen them this season, they have looked vulnerable to counter-attacks, which are United's big weapon.

The pace and power United have got on the break - the ikes of Marcus Rashford, Jesse Lingard, Anthony Martial and Romalu Lukaku - will be Barca's worst nightmare.

Look at when England beat Spain in the Nations League last year. Spain were at their most vulnerable when they were open and expansive and Rashford and Manchester City's Raheem Sterling killed them with their pace. If United's fast players are given space they can be devastating.

That is not the only way United can operate and I do expect them to be brave on the ball and try to play when they get it, especially in Wednesday's first leg (20:00 BST kick-off).

But without it, I think they will defend deep and nullify space for Barcelona, who are going to dominate possession in both legs - like they do against most teams.

Even if United do that, they will still carry an attacking threat because we have seen under Solskjaer that they are not afraid to throw four, five or six bodies forward at the right moment - just as they did in the previous round against Paris St-Germain.

What happened in the second leg of that tie could show how United will deal with Messi too.

Marco Verratti completely controlled the game in the first leg at Old Trafford but, in Paris, Scott McTominay was all over him like a rash, hassling him, pressing him, irritating him, frustrating him and taking him right out of his comfort zone.

Ander Herrera, who missed that game through injury, could do that role too, and it is possible both of them could play together at some point in this tie - but McTominay was United's best player by a country mile in Paris and he deserves his chance to take on Messi.

The problem with man-marking Messi in the same way McTominay dealt with Verratti is that he knows how to deal with it, and will drag you into other areas to make gaps for his team-mates.

I feel it might be a case where United have different men in different areas who look after Messi when he comes near them.

That way, if, say, Nemanja Matic is in the middle, McTominay is to the right and Herrera is on the left, then one of them will always be focusing on the Argentine wherever he is.

It is important that happens, because he will be a threat at all times.

Stay with Messi - you cannot switch off
Even when Messi is not on the ball and seems to just be strolling around without really being involved, he is always scanning play and assessing the whole picture of the match.

When you see him dropping deep and playing short balls, he is sucking people in. You see these little passes and think Barca are not going anywhere but he is moving the pieces, just shifting the opposition defence slightly and then - bang - they exploit that space.

Messi has a big part to play in that because his range of passing means he can put the ball where he wants. Some people just see his dribbling and finishing, which are obviously phenomenal, but he is an unbelievable passer of the ball too.

He can come alive at any time, even when it looks like he is not interested, so whoever is asked to mark him has to stay alert at all times.

Much of what United's players do against him will come down to instinct. You have to accept you cannot do much beforehand to prepare for playing against arguably the greatest player of all time.

What you can do is try to replicate part of what it is like in training. For example, Messi is very good at avoiding tackles - if you dive in, he just goes past you - so you concentrate on staying on your feet.

All you can do is block his passing lines, stay with his runs and watch out for the quick and multiple one-twos he loves to play.

In fact, the most important thing is not to switch off once he has passed the ball and think you don't have to stay close to him any more. You absolutely have to track him until the end of any move or action, otherwise, he will punish you.

United will not lack belief even if things go wrong

There is so much to look forward to in this tie, which is a classic match-up of a dominant possession team against a potent counter-attacking side. It could go one way or the other, that is the beauty of it.

But if things do go wrong for United at Old Trafford, their comeback against PSG means they will still have belief when they go the Nou Camp, even if they are behind.

Everyone completely wrote them off after the first leg in the last 16 - it was a waste of time. Then people looked at their team for the second leg too, with so many changes, and gave them absolutely no chance.

But PSG did not know how to approach the game, and they could not kill United off.

If the Barcelona tie is still in the balance with 15 minutes to go, then United will take confidence from what happened there, and will think they can do the same again.