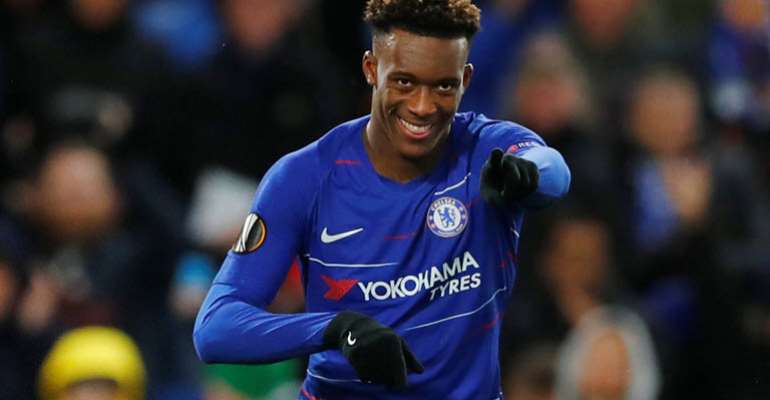 Ghanaian youngster, Calum Hudson-Odoi has branded Belgian star Eden Hazard as a “superb role model” to him after his magnificent performance against West Ham.

The Real Madrid target was unstoppable at Stamford Bridge on Monday night in the 2-0 win over West Ham United grabbing both goals and lighting up the game with numerous moments of quality.

“All I can say to you is that I watched the whole thing and my mouth was like [wide open], the whole way through. It was crazy, he is an exceptional player. You know his qualities. He is a great player and I expect stuff like that from him anyway,” he said after the game.

“I am always watching and learning from stuff that he does in training and games, so watching someone like that he’s like a superb role model and idol to look up to.”

While there were numerous moments that made the Stamford Bridge crowd leap to their feet, Hazard’s first goal will live long in memory.

The highly rated 18-year-old winger enjoyed the full throttle of the game and will be hoping to feature against Slavia Prague in the quarterfinals of the UEFA Europa League.