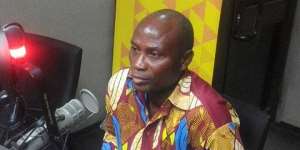 Head Coach for Aduana Stars, W.O Tandoh has given his players 10/10 ratings following their impressive performance over the weekend which resulted in a goalless draw against Obuasi Ashanti Gold.

Speaking at the post-match conference after sharing the spoils with the miners, W.O Tandoh disclosed that he was impressed with the inputs of his players on the day as he gave them an excellent rating.

“I will give my players 10/10 because I continue to agree that once your team can play to what you tell them to do then you are okay. It is just that we lost a lot of glamorous chances that we could have buried the game in the first half”.

“But notwithstanding, we had a little problem with the striking because we have some few injuries around that affected Yahaya and Bright. But thank God Bright was able to make it”, Coach Tandoh shared.

He further indicated that he is going to work on his team’s forward line to improve their attacking prowess and finishing in order to find the back of the net in their subsequent matches.

“We will work on the little strikers that we have and make them sharp. We just need the sharpness up front and I think it will be good but my team is playing to instructions”, the gaffer added.

Next up, Aduana is expected to play as guest to Berekum Chelsea at the Berekum Golden City Park on Wednesday, April 10, 2019. The match will kickoff at 3:00pm.