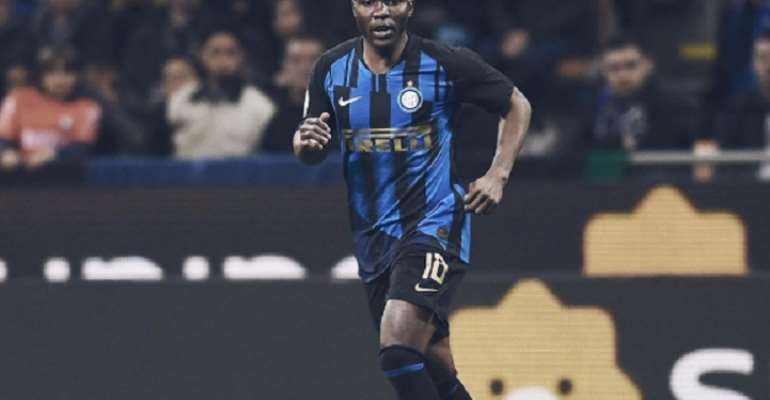 Ghanaian midfielder, Kwadwo Asamoah says playing at Inter Milan has made him a player.

After spending six years with Juventus, the 30-year old left-back joined Inter Milan on a free transfer when his contract runs out last summer.

He has since capped 24 times for Inter Milan in the Serie A and nine outings in European games.

“I will never forget the emotions of my first goal as a professional: it was a match of the Under-20 national team and we played against Senegal," he told Calciomercato.com.

"We were away from home and, since that team was full of great players, I was still entering among the holders.

"That day I played from the first minute, the coach gave me confidence and I scored from a counter attack, collecting a cross from the right.

“Just a nice shot. Among my favourite players here has undoubtedly been Adriano. Inter is a great team, a great company. On a personal level, it changed me and I’m really very happy," he added.

Asamoah is in line to start for Inter this evening as they welcome Atlanta at the San Siro on matchday 31 of the Italian Serie A.