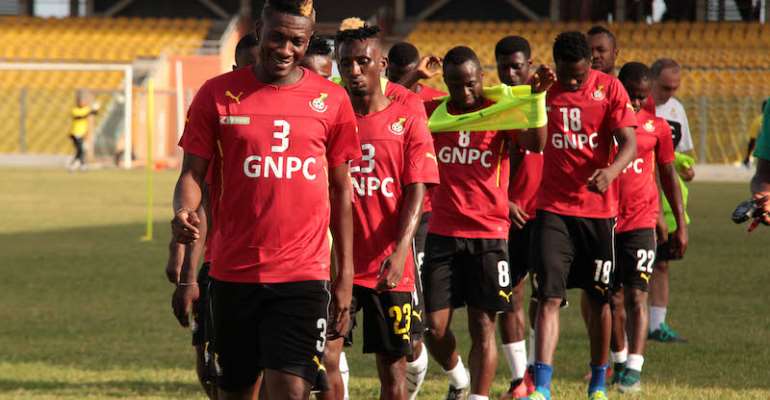 The government of Ghana is expected to announce a special financial package for the Black Stars ahead of the 2019 Africa Cup of Nations to be staged in Egypt in June according to NSA Board Chairman, Kwadwo Baah Agyemang.

The unannounced package is expected to motivate Kwesi Appiah and his playing body to win the 2019 AFCON.

According to the former Member of Parliament for Asante Akyem North, the decision of the government to provide a special incentive for the team was reached after the President Nana Addo Dankwah Akuffo Addo met with Black Stars skipper Asamoah Gyan and his deputy Andre Ayew a few weeks ago.

The meeting which has been kept from the public was to discuss an increment in the winning bonus of the team in the hope that it will motivate the players and technical team to go all out and win Africa’s most prestigious football competition come July.

Kwadwo Baah Agyemang confirmed the meeting on Fox FM in Kumasi but refused to give out much details on what transpired.

“I wouldn’t like to put the cart before the horse so at the right time we will meet the press to make whatever decision we take public,” he noted.

He also confirmed Ghana will pitch Camp in Qatar for the final Preparations of the 2019 AFCON.