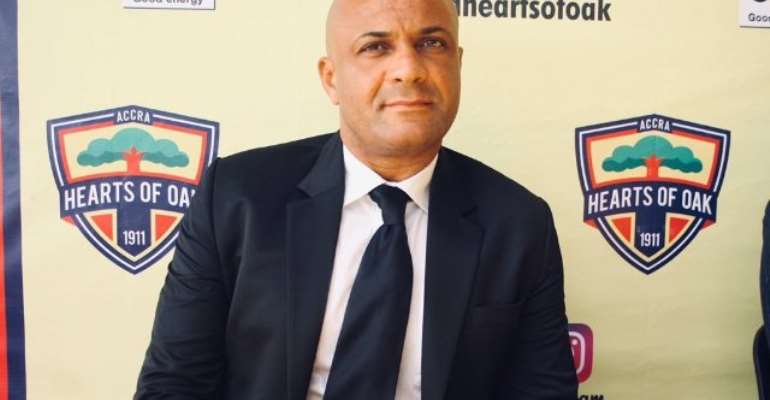 Hearts of Oak trainer, Kim Grant has insisted that he will never change his tactical philosophy despite his side poor start to the Normalisation Committee Special Cup.

After three matches played, the Phobians have won one of their opening three games in the competition.

The capital-based club suffered their second straight defeat as they were stunned by a first-half strike from Karela United’s Solomon Sarfo Taylor's in a 1-0 loss on Sunday.

“We just needed to be more clinical in front of goal,” Kim Grant said after the match in Ayinase.

“Nothing is going to change. We are going to approach the game with the same process and everything. My philosophy is going to stay the same.”

The former Ghana international added that his side will “try and win the next game” which is against Ebusua Dwarfs, who have lost all three games.