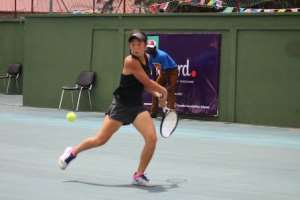 Chinese tennis star Han Shi predicted to win the ultimate title in the ITF U-18 World Junior Circuit and did it in amazing fashion at the tennis arena of the Accra Sports Stadium.

The 13-year-old player was phenomenal in the competition as she battered every opponent to set a date with Egyptian Hagar Ramadan whom she also beat in the final of the girls singles category.

She said: “I want to win the trophy and build more points that is why I am working hard. So far, the tournament has been good. The players and the organisers have made it interesting. Everything is good and I like the weather. Every time I play, I feel good and I know I am going to win that trophy.”

Han Shi beat Hagar Ramadan in the final on Saturday

Han Shi, who was ranked 1530 at the junior level in the world before coming to Ghana, participated in the Cambodia ITF Junior Circuit but lost the final berth to number one seed Tararudee Laniana.

McDan Group CEO, Dr Daniel Mckorley said he will take Ghana Tennis to a higher level and urged Tennis fans to come and see the next tournaments at Accra Stadium from April 29 to May 5 2019

Palace Decor is another corporate institution that has pledged to support the McDan ITF World Tennis Tour.

CEO of Palace Decor, Ahmed Ezzedine said “Not every child can play football, so if we some who have made their intention clear that they want to take tennis high, why don’t we support them.?

“We at Palace believe in support sports promotion in the country, and so when McDan approached us for support, we didn’t blink an eye.

“lt is a tournament worth supporting, having worked so hard to secure ITF certification; l must commend McDan for his efforts. ”

Ahead of the presentation, Dr Daniel McKorley, McDan Group CEO, charged players of this year’s International Tennis Federation (ITF) World Tennis Tour Juniors, particularly the Ghanaians to utilise the platform to the fullest.

64 players from 20 countries participated in the ITF-certified tournament which ends on April 13. 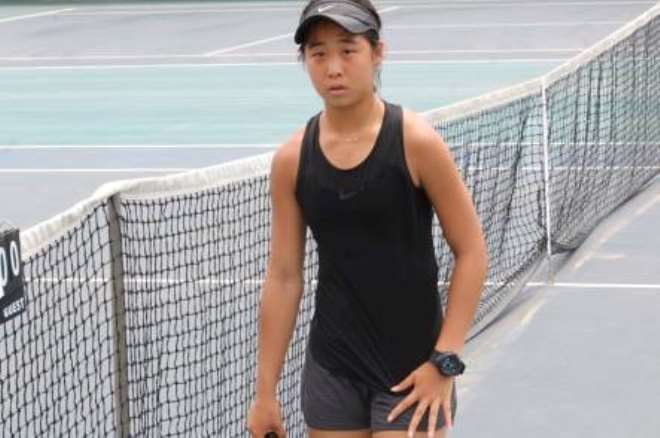